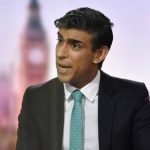 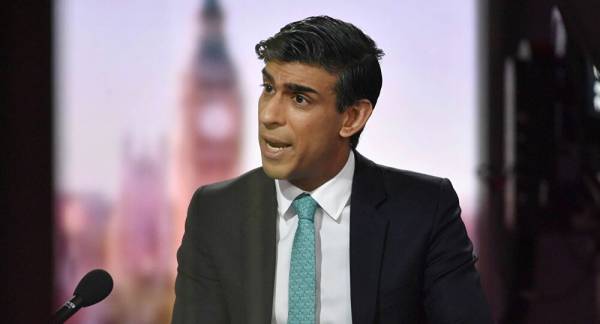 In an ironic reversal of political roles, Labour Party shadow chancellor Anneliese Dodds accused the Conservatives’ Rishi Sunak of breaking with “mainstream” economic theory in panning to raise corporation tax — while refusing to support the Tories’ increase in state benefits.

British Chancellor of the Exchequer Rishi Sunak has denied reports he plans to hike taxes in Wednesday’s budget — only to cut them before the next election.

Questioned by the BBC’s Andrew Marr on Sunday morning on a Sunday Times report that he had privately told fellow Conservative MPs any tax rises would be reversed as a pre-election vote-winner, the chancellor replied “No, I don’t recognise that”. He added that it was impossible to tell what economic conditions would be in the wake of the coronavirus pandemic.

“Given the shock we’ve had over the last year and the economic uncertainty we face, it would be brave for people to know what was going to happen in three years,” he said. “What I’m focussed on right now is preparing a budget that provides support for people and businesses, and families, through the remaining stages of this crisis.”

The chancellor gave a similar answer to Sky News’s Sophy Ridge, saying he did not “recognise” the £43 billion deficit figure quoted by the Times.

​Pre-budget media coverage has centred on speculation that Sunak could raise corporation tax to help pay for the hundreds of billions spent so far on coronavirus relief measures to save jobs and keep the economy afloat.

On the same programme, Marr pressed Labour shadow chancellor Anneliese Dodds on her party’s stated opposition to hiking the tax on businesses — an ironic role-reversal between the social-democratic opposition and the pro-business Tories.

“If there’s a long-term plan for changing the corporation tax regime, we will look at that favourably”, Dodds said, but added: “I would be concerned about additional taxes on business right now.”

She said the rumoured tax rise was “really clamping down on business confidence, on confidence in our recovery, and it’s not what any other country is doing right now.”

Dodds even refused to support making the Tories’ £20-a-week rise in Universal Credit benefits for the unemployed and low-income people permanent.

​​Also appearing on Sophy Ridge the same morning, Dodds claimed Sunak was “trying to get any tax changes out of the way quickly so that they can then have a general election where they can cut taxes.”

“The Conservatives have pulled our country further and further away from the mainstream on corporation tax, and actually that’s not resulted in additional investment. We’ve seen investment actuall;y rise at a lower level in the UK compared to many other countries.”

​Sunak used his interview with Ridge to announce a repeat of last April’s ‘Restart Grants’ with a budget of £5 billion to help more than 650,000 business in teh hard-hit hospitality sector with payments of up to £18,000 each as they re-open following the coronavirus lockdown.

He insisted “I believe in lower taxes,” but that the Covid crisis required him to “do things that I never imagined I would have to do.”

​​And he defended last year’s ‘Eat Out to Help Out’ voucher scheme to help pubs and restaurants last year from Marr’s criticism that it increased transmission of the deadly virus.

Previous : ‘Celestial Gateways’: Do Ancient Egypt’s Pyramids Actually Line Up With Stars?
Next : Jen Psaki on Possible Measures Against Saudi Prince: There Are More Effective Methods Than Sanctions