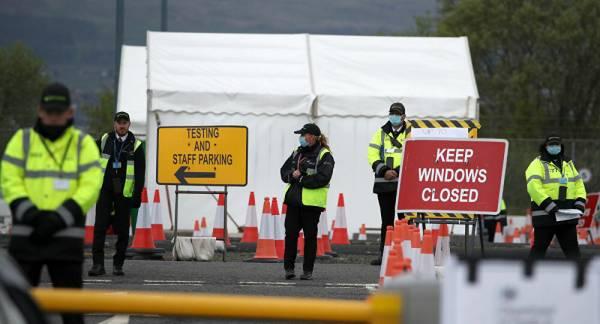 The United Kingdom has boasted that its lockdown strategy, intended to enforce social distancing measures and slow the spread of the coronavirus pandemic, was a success. However, this claim has now been contradicted by new reports released by European Union affiliated research groups.

Britain is one of five European countries that has not yet begun a downward trend in new coronavirus cases, the head of the European Union Agency for Disease Control (ECDC) said on Monday.

Andrea Ammon, director of the ECDC, told EU lawmakers that the agency’s observations showed that Britain, Poland, Romania, and Sweden had experienced “no substantial changes in the last 14 days” while Bulgaria was still recording an active increase in new cases, while in all other European countries, the rate had declined.

The report by the ECDC, which observes all 27 EU member countries including Britain, Norway, Liechtenstein, and Iceland, is consistent with analysis by EuroMOMO – an EU-funded project that monitors mortality rates.

​England has experienced the greatest rise in deaths over the five-day average among several European nations observed by EuroMOMO.

As of April 26, England had Europe’s highest increase in “excess deaths”, according to the group’s analysis, and has seen a spike in overall deaths since last week.

Excess deaths are calculated by observing the number above the forecast national average. The figures “likely reflect” the wider impact of the outbreak, according to Lasse Vestergaard, a senior medical officer working with the project.

Preliminary data show also showed that England was the only nation that showed a “substantial increase” in the excess mortality of those between the ages of 15 and 64.

​The data emerges as Prime Minister Boris Johnson, who resumed his post after recovering from a case Covid-19, announced on Thursday that Britain had passed its peak infection rate and was now “on the downward slope”.

As of Monday, 190,000 coronavirus cases and nearly 28,500 deaths have been confirmed in the UK, surpassed only by Italy among European countries.

The UK has a much younger population and had more time to prepare, yet its trajectory is rising much faster than Italy’s, where total virus deaths have reached 28,884.

On Sunday Italy reported 174 new deaths, while the UK saw an increase of 315.

Despite World Health Organisation (WHO) guidelines to follow a pattern of rigorous testing and tracing of the infected population in order to bring down the rate of new cases, the UK government initially pursued a policy of allowing people to develop “herd immunity”.