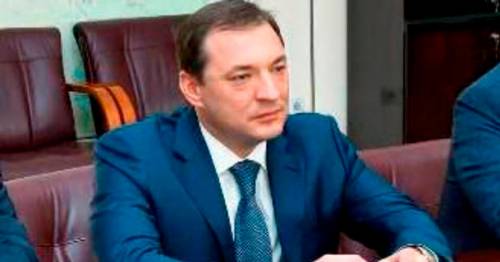 A Russian tycoon has been found dead in suspicious circumstances.

Billionaire Alexander Subbotin, 43, a former top executive with Kremlin-friendly energy giant Lukoil, is the latest in a number of high profile deaths since the start of the war in Ukraine.

The mogul had had sought the advice of shamans to cure a hangover, says the official version, but his death comes as other prominent fatalities are under the spotlight with critics of Putin's regime saying they could be murders.

The oligarch, who owned a lucrative shipping company, was evidently treated with toad venom after an incision was made in his skin.

Soon afterwards Subbotin had a heart attack and was given a tranquilliser from herb valerian.

The next morning he was found dead by male and female shamans Magua Flores (real name Alexey Pindyurin) and Tina Cordoba (Kristina Teikhrib), according to the main version of his death examined by Russian law enforcement.

The pair reportedly treat clients by summoning the spirits, sacrificing animals, bathing them in a cockerel's blood.

Separately, the two controversial shamans – or traditional healers and diviners of spirits – are embroiled in accusations that they abused a makeup artist and blogger during a trip to Mexico last year.

The "shamans" are accused of abusing a makeup blogger in Mexico
(

They told state investigators that Subbotin was a friend and denied that they subjected him to shamanic rituals for payment.

Subbotin, reported by REN TV to be a billionaire, was a board member of Lukoil Trading House LLC, then became the owner of the New Transport Company (NTK) on the shores of the Gulf of Finland.

In 2020, NTK was headed by his older brother Valery, who also holds a leading position at Lukoil.

“The preliminary cause of death is cardiac arrest."

They denied conducting rituals on the billionaire for payment
(

In other cases, wealthy Vladislav Avayev, 51, a former Kremlin official, appeared to have taken his own life after killing his wife and daughter, 13.

Several days later multimillionaire Sergey Protosenya, 55, was found hanged in Spain, after evidently killing with an axe his wife Natalia, 53, and their teenage daughter, Maria.

He was a former deputy chairman of Novatek, a company also closely linked to the Kremlin.

But there are claims that the two cases are assassinations made to appear murder-and-suicides.

Two other “suicides” have been queries as suspicious.

Alexander Tyulakov, 61, a senior Gazprom financial and security official at deputy general director level, was discovered by his lover.

Yet reports say he had been badly beaten shortly before he “took his own life”, leading to speculation he was under intense pressure.

In the same elite Leninsky gated housing development in Leningrad region three weeks earlier, Leonid Shulman,, 60, head of transport at Gazprom Invest, was found dead with multiple stab wounds in a pool of blood on his bathroom floor.