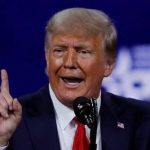 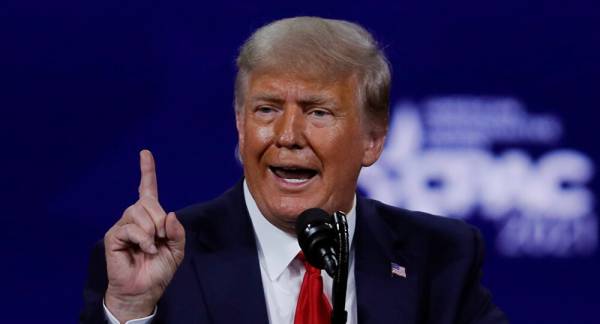 Trump’s remarks referred to Birx’s latest interview, in which she claimed that the Trump administration had silenced her and that most COVID-19 deaths in the US might have been avoided, prompting criticism from both supporters and detractors of the former president.

The ex-commander-in-chief referred to Birx and Fauci’s recent interviews with CNN, in which they talked about their difficult relationship with the former American president.

“Based on their interviews, I felt it was time to speak up about Dr. Fauci and Dr. Birx, two self-promoters trying to reinvent history to cover for their bad instincts and faulty recommendations, which I fortunately almost always overturned,” Trump said in a statement released on Monday.

I haven’t shared most of the post-presidential ones, but this one is a doozy. pic.twitter.com/GyeXBTfG8D

​According to Trump, both Fauci and Birx “had bad policy decisions that would have left our country open to China and others, closed to reopening our economy, and years away from an approved vaccine—putting millions of lives at risk.”

Notably, the former president in his statement slammed Birx, which he called a “proven liar,” whose advice he “seldom” followed.

“Dr. Birx is a proven liar with very little credibility left,” Trump wrote. “Many of her recommendations were viewed as ‘pseudo-science,’ and Dr. Fauci would always talk negatively about her and, in fact, would ask not to be in the same room with her. … Dr. Birx was a terrible medical advisor, which is why I seldom followed her advice.”

Trump also lashed out at his chief medical advisor, who retained his post in the new Biden administration, by saying that the rapid development of the vaccine, which took nine months, should be credited to himself and his administration, which organized a partnership program with private firms and provided them with the necessary volume of government purchases to finance the work.

“Dr. Fauci was incapable of pressing the FDA to move it through faster. I was the one to get it done, and even the fake news media knows and reports this. Dr. Fauci is also the king of “flip-flops” and moving the goalposts to make himself look as good as possible,” the ex-president said.

Trump concluded his statement by saying that he kept both specialists on his team “because they worked for the US government for so long—they are like a bad habit!”

In mid-February, President Joe Biden raised eyebrows by saying that the country had no coronavirus vaccine before he moved into the White House in January. Former White House Press Secretary Kayleigh McEnany called Biden’s statement “abjectly false,” saying that it was Trump who “brought about the fastest vaccine for a novel pathogen in history.”