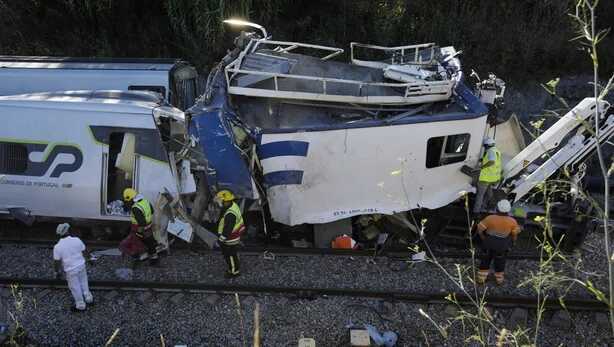 Reuters cited a spokeswoman for the District Command of Relief Operations in Coimbra, near where the accident occured, as saying that emergency services, including firefighters, were dispatched to the scene and additional aid is on its way.

Two people are dead, and 37 injured in a train accident in central Portugal, the country’s National Institute of Medical Emergency (INEM) said on Friday.

Earlier, the Diario de Noticias newspaper reported that the Alfa Pendular high-speed train derailed on the Northern Line in Soure. At least two carriages have come off the rails, the newspaper added.

The National Institute of Medical Emergency (INEM) announced on its Twitter account that five EMS vehicles, two ambulances and two helicopters, along with psychological aid crews and other emergency services had been dispatched to the scene.

​According to INEM, 7 people are gravely injured, while 30 sustained light injuries.

The office of the president issued a statement offering heartfelt condolences to the families and friends of the victims and wishes the many injured that they get better soon, adding that technical and judicial investigations are in progress, the Observador media outlet reported.

Previous : US: Snake River dams will not be removed to save salmon
Next : Twitter War Erupts Between Chinese and Australian Envoys to India Over South China Sea