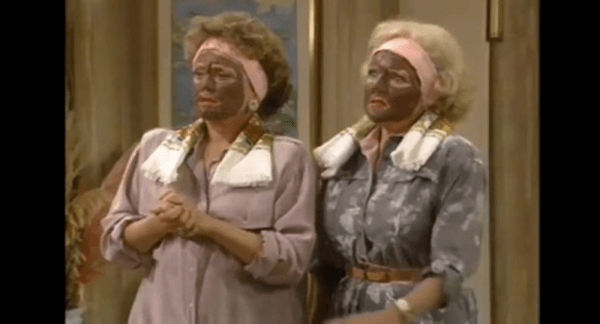 Television episodes of classic series and popular culture shows have been removed from various streaming sites amid accusations of racism, particularity against African Americans, in media.

Hulu has taken down an episode of “The Golden Girls” from 1988, in which actresses Betty White and Rue McClanahan wear black mud on their faces, according to Deadline and The Hollywood Reporter.

The plot of the episode, entitled “Mixed Blessing,” has Bea Arthur’s Dorothy intend to marry an older black woman, played by Rosalind Cash.

Social media users were confused over the decision, with some suggesting that the move was an overreaction.

Others said that there was no reason to delete the episode, claiming that no black persons had demanded the removal.

The Golden Girls is not the first series to have episodes removed due to allegations of racism or racial insensitivity.

Tina Fey requested last week that four episodes of “30 Rock” be removed from NBCUniversal’s streaming service due to their blackface usage.

Hulu also removed three episodes of the TV sitcom “Scrubs” from the site because of blackface appearances.

​The removal of the video follows the death of a black man, George Floyd, at the hands of white police officers Minneapolis last month, sparking global demonstrations by the Black Lives Matter movement.