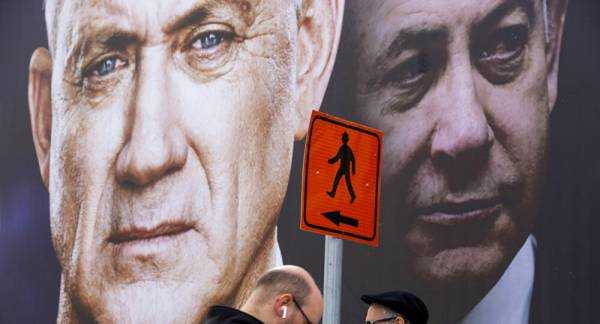 Now that the High Court is no longer an obstacle, Prime Minister Benjamin Netanyahu will need to collect the 61 signatures needed for him to form a government. The deadline is set to expire on Thursday night. If the PM fails, Israel will go to the polls again, for the fourth time in under two years.

The court has also decided to refrain from making a decision on whether the pact signed between the premier and his former rival Benny Gantz was in fact legal.

At the same time, the court admitted the coalition pact dividing power between Netanyahu and Gantz poised some challenges, primarily because it weakened the country’s opposition but chose not to rule on the matter so as not to further mar its already damaged reputation.

The High Court of Justice as well as the entire judiciary system have long been accused of bias against the PM, with the situation spiraling out of control in November of last year, when masses took to the streets across the country following Netanyahu’s indictment. Protesters called on the institution to take its hands off the PM and stop interfering in Israel’s political processes.

This time too many Israelis expressed support for the prime minister and emphasised that the court stay away from politics.

But not everyone joined the chorus:

Racing Against the Clock

Meanwhile, Netanyahu and Gantz agreed Wednesday to swear in their new government on May 13 after “completing necessary legislation”.

This includes the voting that will take place later today on amending some of Israel’s basic laws such as the Basic Law of the Government and extending the tenure of the political duo in the PM’s chair until 2024, a year longer than what was initially planned in the coalition agreement.

In a parallel development, Netanyahu has also started collecting the 61 signatures needed for him to form a government. The deadline to submit his candidacy will expire on Thursday night. If he fails, Israel will go to the polls again, for the fourth time in under two years.

Although he has the backing of Israel’s religious parties coupled with the support of the Blue and White giving the camp more than 70 legislators, the job of dividing the limited parliamentary posts might cause friction and unnecessary upheaval, something that Netanyahu would like to avoid at all costs.