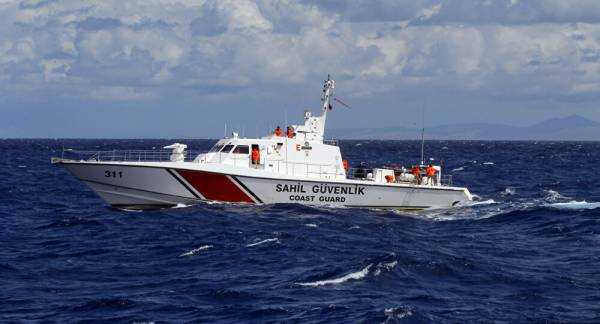 ANKARA (Sputnik) – Greece opened fire at a civilian boat carrying two Turkish nationals and one Syrian inside Greek territorial waters on Monday night, the Turkish Coast Guard said in a statement on Tuesday.

“At 03:40 [00:40 GMT] on August 11, we received a message that fire was opened from the Greek side on a private boat located in Greek territorial waters in the area of the island of Rhodes, 13 kilometres [eight miles] away from [the Turkish city of] Marmaris. Two Turkish citizens and one Syrian who were in the boat were injured and were urgently taken to the Marmaris hospital”, the coast guard said.

According to the statement, ships from the Turkish coast guard did not locate any Greek vessels when they arrived at the accident site. The coast guard added that the private boat had sunk following the attack.

Meanwhile, the press office of the Greek Coast Guard said that they learned about the incident in the media and started an investigation.

Tensions in the Eastern Mediterranean region are tense, as both Ankara and Athens often accuse one another of violating each other’s maritime rights.

Earlier in August, Greece and Egypt signed a maritime deal on an exclusive economic zone (EEZ) in the eastern Mediterranean. Ankara then slammed the agreement as “null and void,” saying that Athens and Cairo share no sea border, and claimed that the area of the EEZ was in fact located on Turkey’s continental shelf. The Greece-Egypt deal prompted Turkey to resume seismic research in the eastern Mediterranean, a move that was strongly condemned by Athens.