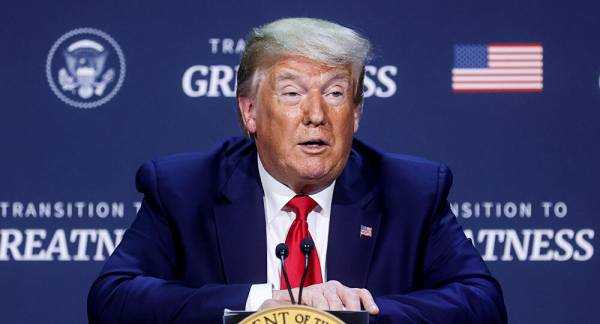 Protests sparked by the death of George Floyd have been continuing unabated since his death on 25 May, Donald Trump earlier urged the police to get “tough” on rioters, threatening to deploy the US military in cities that refused to call in the National Guard to quell the violence.

President Donald Trump has claimed in a Fox News interview that he has done more for the black community than any other president in history.

As he opened up on his vision of the legacy of Abraham Lincoln, the 16th president of the United States, Trump acknowledged that one of the most popular presidents in US history, acclaimed for signing the Emancipation Proclamation that ended slavery, had done a lot for the black community.

However, Trump took the opportunity to tout his own actions as more remarkable than those of his predecessors.

As Fox News host Harris Faulkner quipped “Well, we are free, Mr. President, so I think he did pretty well,” referring to Lincoln, Donald Trump responded:

Most historians are unanimous that Abraham Lincoln and former President Lyndon B. Johnson scored the greatest legislative achievements in advancing civil rights, according to The New York Times, with Johnson advocating a Civil Rights Act, the Voting Rights Act, and the Fair Housing Act.

In the same interview, Donald Trump downplayed mass protests over the police killing of African American man George Floyd in police custody, which are into their third week.

©
REUTERS / Eduardo MunozDemonstrator raises his fist during a protest against police brutality and racial inequality in the aftermath of the death in Minneapolis police custody of George Floyd, in New York, U.S., June 11, 2020

While Donald Trump acknowledged that George Floyd’s death was a “terrible thing”, he insisted that many of the thousands of protesters were oblivious to what they were protesting for.

The death of George Floyd on May 25 in Minneapolis, when a white officer kept his knee on Floyd’s neck for more than eight minutes, and video footage of the incident caught by onlookers that went viral, triggered widespread protests from coast to coast and even across the globe.

While some demonstrations were peaceful, on other occasions the protests took a violent turn, resulting in looting and destruction.
As the mass action, spearheaded by the Black Lives Matter movement, swelled in size, its activists have whittled their heated calls down to proposed specific police reforms and an end to systemic racism.

©
REUTERS / JOSHUA ROBERTSA sign painted by protesters stating “Defund the Police” is seen next to a Black Lives Matter sign as people demonstrate against the death in Minneapolis police custody of George Floyd, near the White House in Washington, U.S., June 7, 2020

The President said on 11 June at a roundtable with law enforcement in Dallas that he was finalizing an executive order focused on police reform.

Responding to calls from activists to defund the police and use the resources towards other community needs, Donald Trump said he sought to increase investment in law enforcement.

Previous : Saudi-Led Coalition Claims to Have Downed Missile Fired at Saudi Arabian City of Najran
Next : Controversial Republican primary takes place amid calls for challenger to drop out