Trump Promises US Will Report on Virus’ Origin Soon 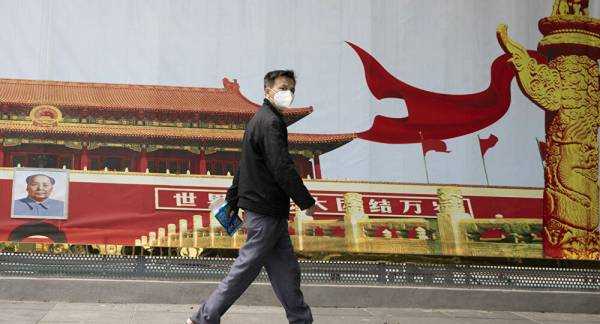 Earlier, Trump and members of his administration claimed they had evidence that the coronavirus was deliberately released from a laboratory in Wuhan. Beijing has strongly rejected the allegations.

US President Donald Trump said that his country will definitely report on the origin of COVID-19 soon.

Trump also said that China should have informed the US about the virus. He added that he has not spoken to Chinese President Xi Jinping.

Dr Anthony Fauci, the director of the U.S. National Institute of Allergy and Infectious Diseases and a key member of the White House coronavirus task force, will testify before a Senate panel, Trump told reporters.

Last week, Fauci was blocked from testifying on the Trump administration’s response to the pandemic. White House Deputy Press Secretary Judd Deere said it would be counterproductive for Fauci to testify before Congress while dealing with the ongoing battle against COVID-19.

©
AFP 2020 / HECTOR RETAMALA medical worker prepares to check the temperature of an AFP photojournalist before a COVID-19 coronavirus test in Wuhan in China’s central Hubei province on April 16, 2020.

The US President has been lashing out at China for allegedly concealing the outbreak and mismanaging the crisis in its initial stages. Trump claims intelligence data suggests that the coronavirus leaked from a lab in the city of Wuhan. The World Health Organisation, however, says that the genome sequencing indicates that the virus’s source is natural.

On Detention of US Citizens in Venezuela

The US President also commented on the situation in Venezuela, where President Maduro said that two US citizens were detained, adding that they worked with a US military veteran who claimed responsibility for a failed armed invasion.

Venezuelan President Nicolas Maduro said earlier that two US citizens, whom he called Trump’s security guards, were among people detained for a recent attempt to invade the country.

On Sunday, Venezuelan Interior Minister Nestor Reverol said Colombian militants had tried to invade the northern state of La Guaira on speed boats early in the morning. Maduro said the incursion had aimed to assassinate him. Eight militants were killed, and two others were captured in the counter-operation. Later reports said another eight people had been detained.

Previous : India Launches ‘Garud’ Portal to Speed Up Licensing for Drone Usage in COVID-19 Operations
Next : Watch Temporary Hospital for COVID-19 Patients Being Constructed in Moscow