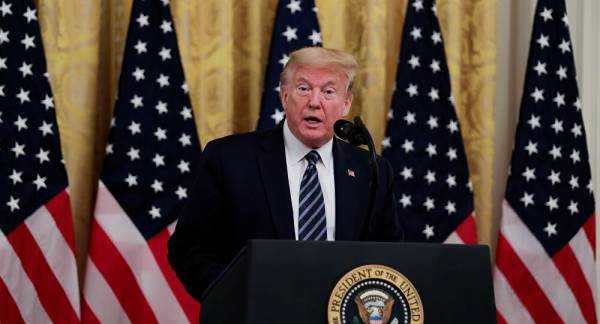 WASHINGTON (Sputnik) – Approval ratings for US President Donald Trump have gradually slipped in recent months amid mounting concern over his handling of the coronavirus pandemic and his public statements about the disease, a new Monmouth University poll revealed on Tuesday.

In February, before the COVID-19 pandemic took hold, Trump’s favorability rating was 44 percent to 50 percent, some of the highest levels recorded during his presidency, compared with 43 percent in the latest Monmouth poll, with 51 percent disapproval.

Murray pointed out that it is difficult to look at the briefing transcripts and not see inconsistency from one day to the next.

If conflicting information was presented by Trump and Fox News, 34 percent of the public would believe Fox and 33 percent would believe Trump. Another 25 percent volunteer they would not believe both sources and 5 percent say they would trust both equally, the release added.

When it comes to reopening the country – a position lately advocated by Trump – 63 percent are afraid of the economy opening too quickly compared with 29 percent who worry about not resuming economic activity quickly enough, according to the release.

Previous : President Trump to Americans who’ve lost loved ones to the coronavirus: ‘I love you’
Next : Israeli Military Shuts Down Its ‘Dancer Initiative’ as Viral Video Reportedly Upsets Top Brass