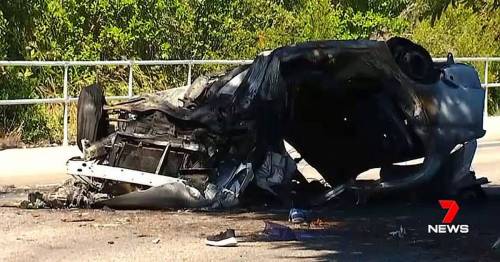 Tragedy as boy, 13, dies after car he was driving rolled and burst into flames – World News

A 13-year-old boy has died after the stolen car he was driving rolled and caught fire in a horror single-vehicle crash.

Police officers said a 14-year-old passenger was taken to hospital for treatment but is not believed to be in a life-threatening condition.

The incident happened in Bowen, North Queensland, Australia, in the early hours of Wednesday morning.

Pictures from the scene of the horror crash show the burnt car, which was destroyed by the flames.

According to officers, the driver died at the scene and the passenger was given first aid by members of the public before emergency services arrived. 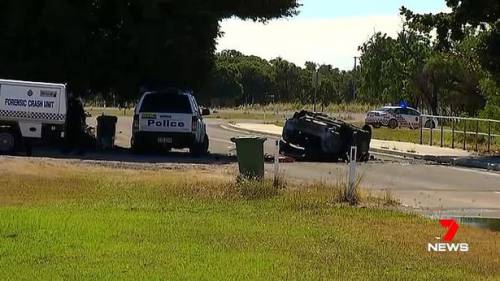 The incident happened in the early hours of this morning
(Image: Seven)

He was then rushed to hospital with injuries that are not believed to be life-threatening.

Superintendent Glenn Morris from the Mackay Whitsunday Police District said officers believe the car was stolen from the rural town of Sarina about two hours before the crash, ABC reports.

He described the incident as a "very sad and very tragic event" and added that investigations are ongoing.

Mr Morris explained: "It'll be alleged that the vehicle was stolen from a Sarina address overnight, but investigations are ongoing in relation to the circumstances of the vehicle coming into the possession of the two young people.

"The 13-year-old who was tragically killed is from Bowen, the 14-year-old is from Sarina."

The probe involves investigators from the forensic crash, child protection and crime units, according to 7News.

Mr Morris said: "A young person has lost his life, and the young person who was in the vehicle with an accomplice or a friend has witnessed that occurrence and is undergoing medical treatment himself.

The crash only involved the allegedly stolen car and no other vehicles were present at the scene of the incident.

Any witnesses who were in the area at the time of the incident have been urged to contact police.

Previous : Mum mauled to death by pack of pit bulls while visiting friends’ home – World News
Next : Lloyd-Webber vows to re-open London theatres, even if it means arrest