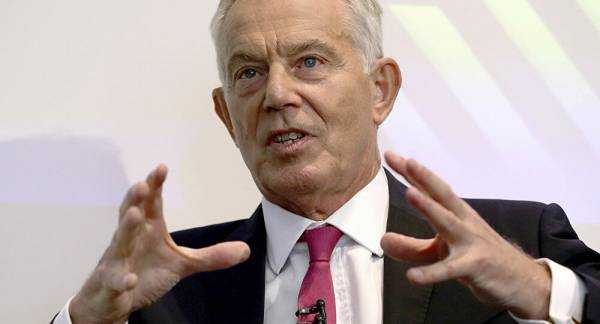 Johns Hopkins University’s latest estimates have put the number of confirmed coronavirus cases around the world at more than 3,750,000, with over 73,000 fatalities.

Former British Prime Minister Tony Blair has called on countries to concentrate on practical cooperation in grappling with the ongoing COVID-19 pandemic.

The ex-UK prime minister claimed that the UN Security Council is “not really representative of the world today”, also referring to the World Health Organisation (WHO)’s bureaucracy which Blair said should be streamlined.

He urged member countries to give the WHO “much greater heft and weight”, because otherwise, it’s “unfair to criticise them” for adhering to the limited mission that was set by national governments.

Blair also insisted that efforts by the G20, as well as the EU and their central bankers are “the only short-term practical way” to resolve global cooperation related to the COVID-19 fight.

Blair criticised “a series of ad-hoc reactions of a transactional nature”, adding that “the days of framing the relationship in terms of individual issues like the coronavirus pandemic or Huawei technology” are over.

He called for an understanding of China “from the Chinese point of view”, but said Beijing should be “a predictable and responsible partner” given the “massive economic interconnections” between the country and the rest of the world.

Separately, Blair touched upon ways to wrap up national coronavirus lockdowns, claiming that a swift re-opening of economies would only work with a deep “infrastructure of containment”, as well as “defined metrics and thresholds for moving between levels” of confinement measures.

Pompeo Says US Intel ‘Still Figuring Out’ Where COVID-19 Began

Blair’s remarks come a day after US Secretary of State Mike Pompeo told reporters that the country’s intelligence is “still figuring out precisely” where the coronavirus outbreak began, with Washington “demanding” that China be more “transparent and open” regarding its origins.

©
AP Photo / HECTOR RETAMAL(FILES) This file photo taken on April 17, 2020 shows an aerial view of the P4 laboratory at the Wuhan Institute of Virology in Wuhan in China’s central Hubei province

He spoke after Chinese Foreign Ministry spokeswoman Hua Chunying bashed Pompeo’s previous claims about “enormous evidence” that COVID-19 originated at a biolab in the Chinese city of Wuhan.

This followed President Donald Trump claiming last week that Washington had evidence that the novel coronavirus leaked from the Wuhan lab, something that was earlier questioned by the US Office of the Director of National Intelligence. Earlier, Executive Director of the WHO Health Emergencies Programme Michael J. Ryan said the agency was sure that the coronavirus is natural in origin.

The COVID-19 pandemic is meanwhile approaching the 4-million mark, with more than 3,750,000 infected and over 263,000 fatalities worldwide, according to Johns Hopkins University’s latest estimates.

Previous : PRO14 season will be curtailed if it resumes at all – Scottish Rugby Union
Next : Russia Probe Testimonies Reveal There Was No Collusion Between Moscow & Trump Campaign, Report Says