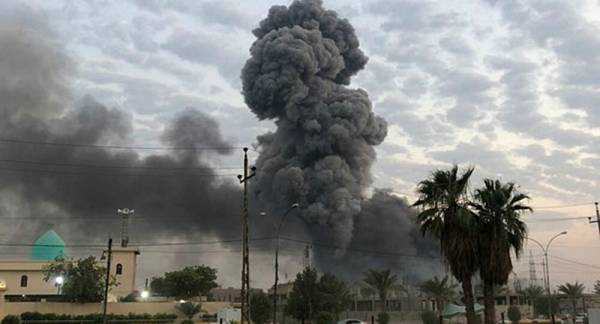 According to the Iraqi army, the attack has caused no casualties. It follows a series of rocket attacks on oil sites in Iraq, one belonging to a Chinese oil company and another to an American company.

The rockets were reportedly launched toward the military part of the airport, causing no casualties but damaging the prison guards’ cafeteria and a water tank.

The military published photos of the rocket launcher with a timer system it said was found in Baghdad’s al-Bakriya neighborhood, located north-east of the airport. It was not immediately clear who was responsible for the attack.

In two separate episodes in April, several rockets landed in the vicinity of oil sites belonging to a Chinese and and American company, without any casualties. There has been no claim of responsibility regarding either attack as well.

Wednesday’s attack comes as Iraq’s parliament is set to convene later in the day to approve a new cabinet proposed by prime minister-designate Mustafa Al Kadhimi.

The country hasn’t had a full governrment since December, when Prime Minister Adel Abdul Mahdi resigned in the wake of violent anti-government protests. Abdul Mahdi is currently serving as the caretaker prime minister; his two previous picks for the position had to withdraw their candidacies over objections from Shia parties.