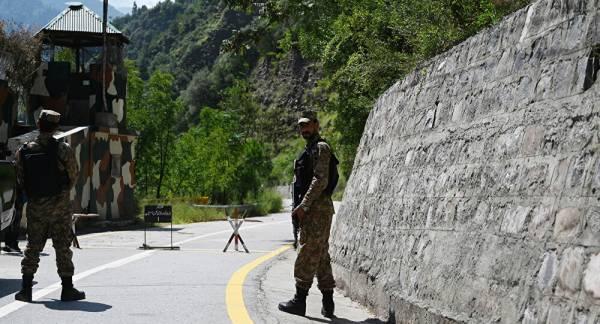 New Delhi (Sputnik): Terror activities in India’s Jammu and Kashmir have increased since April. On Sunday, five Indian army security personnel were killed in an overnight encounter in the Kupwara district and a further seven sustained injuries in a nearby explosion.

Three members of the 92nd Batallion of the Central Reserve Police Force (CRPF) were killed in an attack by terrorists in the Handwara area of northern Kashmir on Monday, a police official in Kupwara said. A further seven were injured.

A terrorist was also killed in the fight, which is still underway. The terrorists were wearing bullet proof jackets and come from a car, police said.

​On 3 May, five security personnel were killed in an overnight gun fight in Kupwara and seven people sustained injuries in a blast near the encounter site.

Police data has revealed that at least 17 terror incidents took place in April, in which 29 terrorists were killed while 11 security personnel lost their lives.

India and Pakistan are exchanging cross-border fire in at least six places along the Line of Control. The two south Asian neighbours both claim Kashmir and Pakistan is accused of helping terrorists enter India.

The relations between the two countries worsened after India revoked the special status of Jammu and Kashmir last August.

Previous : Finding The Right Exit: How Might Britain Find Its Way Out Of COVID-19 Lockdown Safely?
Next : Malls, movies and more: A look at reopenings by state in US