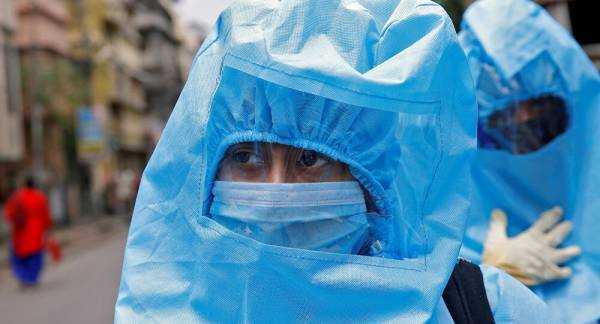 New Delhi (Sputnik): India ordered the import of 15 million personal protective equipment (PPE) kits, including gowns and masks, from China in mid-April, despite criticism from several importing nations over the quality. 50,000 PPE kits from the earlier import of a 150,000 batch failed quality tests according to Indian standards.

Indian textile manufacturers and exporters say that the federal government has opted to import PPE, despite the fact that they have the capacity to produce to meet the requirements of the entire country within the same timeframe.

Tirupur in Tamil Nadu accounts for about 55-60 percent of knitwear manufacturing and exports in India.

“When we came to know about the government of India’s plan to import 15 million PPE kits, we got in touch with the Textile Ministry for support in logistics and making available technology from agencies like DRDO (Defence Research and Development Organisation). Tirupur itself could have catered to the entire nation’s demands of PPE and masks in just one month”, Shanmugham says in an exclusive talk with Sputnik.

The association has also written to the federal Trade and Textile Ministries that the cluster in Tirupur can meet the entire demand of the country for one year with one month’s production and wanted to lift restrictions on exports of textile-based face masks.

Raja M. Shanmugham reveals that the industry in Tamil Nadu has acquired 200 special machines for seam sealing to stitch Personal Protection Equipment (PPE) of a global standard. He continues by saying that the installation is currently going on in Tirupur now, and so far non-woven fabric has not been used by the textile industry, but after the surge in demand for personal protection wear after the COVID-19 pandemic, several textile units have started producing it.

Shanmugham adds that the Tirupur cluster suffered a loss of $1.18 billion till March 2020. The cluster has about 1,500 direct exporters, employing around 600,000 workers. According to him, it will take at least one year for the units to return to their pre-COVID-19 status.

There have been widespread complaints from frontline medical professionals about the lack of PPEs. This has resulted in an increase in COVID-19 cases among doctors, nurses and other workers in hospitals.

According to reports, 548 doctors, nurses, paramedics have been infected with COVID-19 across India. This does not include field workers, ward boys, sanitation workers, security guards, laundry and kitchen staff, among others.

India has been under lockdown since 24 March, which was introduced by the Narendra Modi government in order to curb the spread of the virus. Still, the caseload has spiralled since the first case was detected on 30 January to 52,952, while 15,267 have been cured and discharged from hospital. 1,783 people have also succumbed to the virus, according to data released on Thursday by the federal Health Ministry.