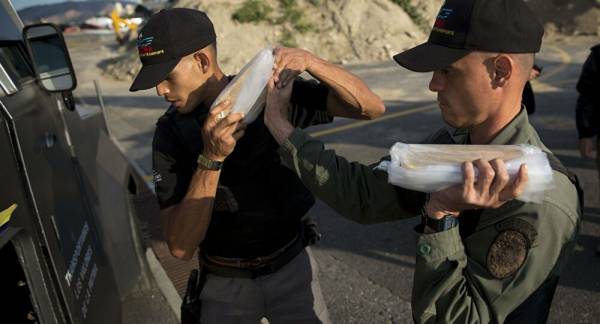 The US special envoy for Venezuela earlier claimed that Iran has been helping Venezuela to restore its oil refineries, crippled by American sanctions, in exchange for gold. The official, however, presented no evidence to support his claims.

The Iranian Foreign Ministry has released a statement rejecting what it calls “baseless” US allegations about the nature of cooperation between Tehran and Caracas and condemning the US efforts to destroy the Venezuelan economy, topple its government, and the president.

In the statement the ministry argued that these claims only served as a pretext for future pressure on the Latin American state and to prevent it from restoring the country’s oil refineries. The latter it said had been crippled by “cruel” US sanctions, causing fuel shortages in the country with the largest-known oil reserves.

US Special Representative for Venezuela Elliott Abrams claimed in a speech on 30 April that Iran had been sending “more and more planes” with help to Venezuela, designed to restore its oil refining industry. He also alleged that Iranians were repaid in gold from the country’s national reserves while presenting no underlying evidence for the claim.

The allegations were later partially supported by Secretary of State Mike Pompeo, who said that planes from Iranian airline, Mahan Air, had transferred ”unknown support” to Venezuela. The top diplomat called on nations not to let Mahan Air use thier airspace. The airline was among those Iranian companies slapped with sanctions.

The US has been increasing its pressure against Venezuela since 2018 in an attempt to overthrow the nation’s government and its president, Nicolas Maduro by introducing sanctions that plunged the country’s economy into crisis and limited its ability to sell oil. Washington also supported Venezuelan opposition leader Juan Guaido, who proclaimed himself interim president of the country and unsuccessfully tried to stage a coup in April 2019.

Previous : Spaniards pour out for 1st exercise in 7 weeks of lockdown
Next : Race Against Time: Producers Rush to Find COVID-19 Vaccine as Global Infections Pass 3.3Mln