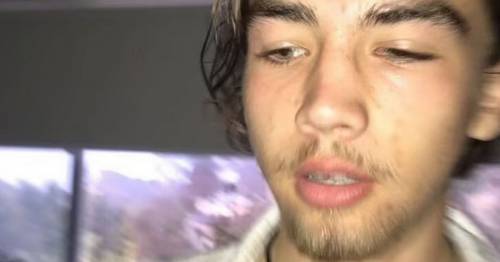 A teenager is fighting for his life after being crushed by a whale who leapt out of the water and onto his fishing boat.

Nick Myhill, 18, suffered severe head and neck injuries when a whale reported to be 10 metres long threw itself on his boat in New South Wales (NSW), Australia.

His stepfather, Mathew Price, 39, was on the five-metre boat fishing with Nick at the time of the freak event.

He recollected the terrifying moment the two were out for a haul of king fish when they say a "huge shadow" coming towards them.

"I saw a flash of white, his belly, it was twice, maybe three times, the size of the boat and knocked the engine out," Mr Price Daily Telegraph .

What do you think of this terrifying incident? Let us know in the comments below. 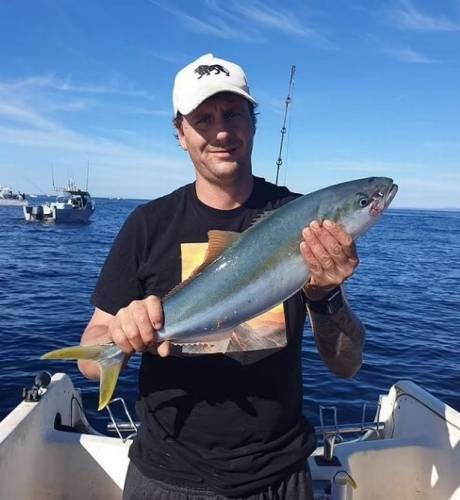 "There was a big loud crash, it was like a giant truck struck us side on."

The whale then reportedly head-butted the teenager, sending him flying to the back of the boat and causing him to hit his head.

According to a Facebook post by NSW police, Mr Price put through a mayday call as he tried to swim back to the boat ramp despite the vessel filling up with water.

Paramedics treated both Nick and his stepddad at the scene before they were taken to hospital.

Nick was later airlifted from Moruya Hospital to Canberra Hospital while his Mr Price was treated at Moruya hospital for facial lacerations and a concussion. 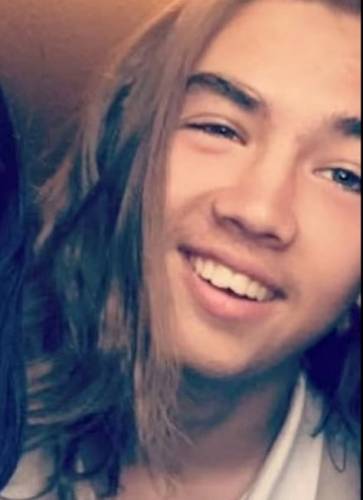 The teenager reportedly smashed his head when he was sent flying to the back of the boat
(Image: Facebook)

According to a family statement on CNN, Nick remains in a coma following the whale breaching, which came with "no warning, no time to react".

The family said it is yet unknown the extent to which Nick's injuries will affect him long term.

"Matt and Nick are seasoned fishermen, and this was an accident that could have happened to anyone," the statement said.

Maritime NSW has launched an investigation into the circumstances surrounding the incident. 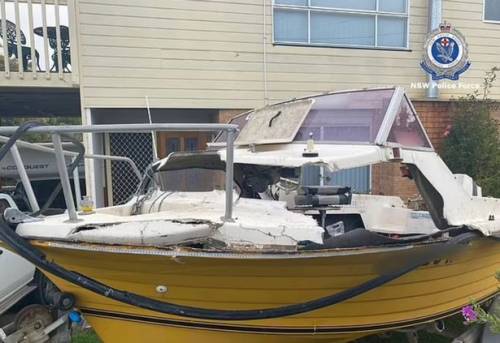 The boat was said to be half the size of the 10 metre whale
(Image: Police handout)

The force advised the public to maintain a safe distance when out whale watching due to the obvious risk posed by the massive marine animals.

“While inquiries are in their infancy, the incident demonstrates the dangers these mammals can pose to those on the water,” Superintendent Joe McNulty said.

“In recent days, the number of whales migrating north has dramatically increased, and maritime authorities have received reports they’re travelling closer to the coast than in previous years.

“Given the close proximity to the shoreline, there is potential for some spectacular whale watching, but we encourage anyone hoping to get a closer look to maintain a safe distance as outlined in the Biodiversity Conservation Regulation 2017.”

Previous : Kate Middleton shares poignant message on what would have been Prince Philip’s 100th birthday
Next : ‘Petty’ man who made friend split bill after he ate 3 chips is ridiculed online