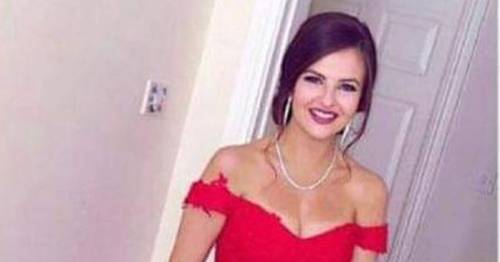 A 23-year-old primary school teacher killed while jogging along a canal path, was murdered by a stranger police believe.

Ashling Murphy was attacked while on the canal bank in Tullamore, Co Offaly, in Ireland at around 4pm on Wednesday.

A traditional Irish music player, she had been exercising along the recreational route between Boland’s Lock and Digby Bridge, Cappincur.

A source told the Irish Mirror : “It looks like a stranger murder.”

The crime scene and the surrounding area was cordoned off by gardai and officers believe some locals may have witnessed the horrific killing.

They have appealed to any people who were in the area and saw or heard anything around 4pm to contact them.

She was jogging along the Grand Canal Tullamore

Local Councillor Declan Harvey said: “Ashling was recently with the Durrow school kids doing a choir with them.

“There’s a lot of sadness because most of my neighbours up here walk the canal line daily.

“It’s always very popular with people who are going out walking, cycling or jogging, it’s usually heaven down there.

She was attacked at around 4pm

“You could go and do a 5km walk and it was very safe and everything and for this to happen, it’s a shock to us all.

“I don’t know how people will feel about it now, especially ladies. I do want to offer my condolences to her family.”

A Garda spokesman said: “A man in his 40s has been arrested in connection with this incident and he is currently being detained at Tullamore Garda station under the provisions of Section 4 of the Criminal Justice Act, 1984.

Police cordoned off the area

“The Office of the State Pathologist and the Garda Technical Bureau have been notified.

“An incident room has been established at Tullamore Garda station under a senior investigating officer.”

Justice Minister Helen McEntee added: “My thoughts tonight are with the family of the young woman killed in a truly shocking crime, with her friends and with her community.

“Please anyone with information, come forward to An Garda Siochana.”

Fine Gael Minister Josepha Madigan posted on Twitter : "A young woman can’t even go for a run along a canal pathway – at four o’clock in the middle of the day – only to be attacked & murdered.

"Sincere sympathies to her family.

"We need to urgently address why we live in a country where this can happen!"