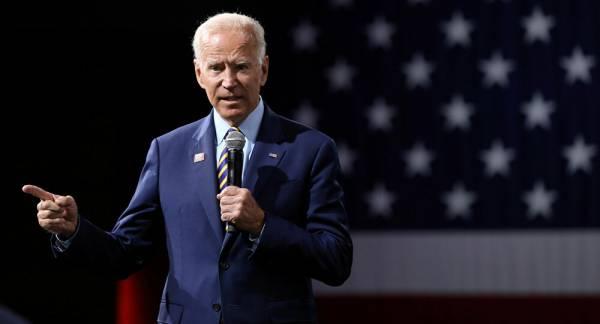 Previously, several women accused Biden of touching them inappropriately or violating their personal space, but they did not describe those acts as instances of sexual assault or harassment.

Former Senate staffer Tara Reade said on Friday in an interview with the Associated Press that the 1993 complaint against Biden, which she said she had filed to the Congressional Personnel Office, does not include explicit accusations of sexual assault or harassment.

In April, Tara Reade filed a criminal complaint against the presumptive Democratic presidential hopeful claiming that Biden pushed her up against a wall in a Senate corridor and penetrated her with his fingers in 1993, according to a police report seen by Business Insider.

She has also accused Biden of forcing her out after she tried to speak up about his behavior to her superiors in his office.

Joe Biden has vehemently denied allegations of sexual misconduct on his part, earlier forwarded by the former Senate staffer, saying it “never happened”.

He has further requested the Secretary of the Senate to search the National Archives to identify any complaints against him that his accuser, Tara Reade, claims to have filed back in 1993.

On Wednesday, US President Donald Trump called on the former US vice president to “respond” to sexual assault allegations against him.

Previous : Medicare applications raise anxiety for seniors in pandemic
Next : UK Government Announces $95 Million Support to Those Most Vulnerable Amid Pandemic