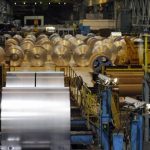 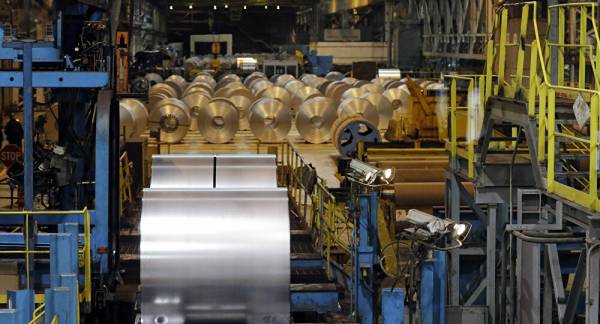 In the race to produce “green” fossil-free steel that would revolutionise the market and result in a dramatic reduction of emissions, a Swedish heavyweight company has received an unexpected challenger, inspired by Tesla’s meteoric rise to fame.

The 1,500-man-strong steelworks in the city of Boden in Norrbotten County will be built from scratch in two years and will deliver its first batch of fossil fuel-free steel as early as 2024, national broadcaster SVT reported.

The project is inspired by Elon Musk’s Tesla and has a basic investment of SEK 25 billion (nearly $3 billion).

As the founder and chairman of the board of H2Greensteel, Carl Erik Lagercrantz has recruited heavyweights such as Christina Stenbeck from the investment giant Kinnevik, financier Harald Mix and Spotify founder Daniel Ek.

H2Greensteel thus emerged as a bold challenger to Hybrit company, a prestige project owned and operated by mining and energy big timers such as SSAB, LKAB and Vattenfall, which has also promised to be the first in the world to offer fossil fuel-free steel. However, according to the plan, Hybrid is slated to yield results in 2026 and reach full scale production only 10-15 years later. Nevertheless, Hybrit has several aces in its hand: it already has steelworks, power plants and mines, including a pilot project in the city of Luleå.

H2Greensteel’s heaviest trump card is its business plan and key people from Northvolt, which was started with former Tesla director Peter Carlsson and managed to build Europe’s largest battery factory in the city of Skellefteå in record time.

Carl Erik Lagercrantz is a firm believer in revolutionising the industry: like Spotify did with music, and like Elon Musk’s Tesla did with cars. According to him, being an outsider and starting from scratch may be an advantage.

However, both projects claim that the competition is less important, and that the investments complement each other and bolster Sweden’s green image.

The race to create fossil fuel-free steel may contribute to a dramatic reduction in emissions in Sweden.

“If they succeed, 35 million tonnes of carbon dioxide will disappear. This means that twice as much disappears as from all cars, trucks and planes in all of Sweden,” SVT’s financial reporter Johan Zachrisson Winberg explained.

The rush for “green” steel may also give a boost to Norrbotten County’s economy, which has long been dealing with working-age population flight. According to SVT, both projects may result in some 10,000 new jobs in Sweden’s northernmost area.

“We won’t manage this without people moving in,” Marita Lundgren, head of the Norrbotten’s Public Employment Service said.

Sweden’s iron and steel industry has a long history, beginning in the Middle Ages. Mining and foreign trade paved the way for the integration of Sweden into the mainstream of European civilisation, established a new economic structure and the emergence of a broader society in the formerly agrarian country.

Previous : We Should Prevent Russia-US Relations From Deteriorating Further, Kremlin Says
Next : Putin to Resume Int’l Travel After Completing Vaccination, Has Many Invitations, Kremlin Says