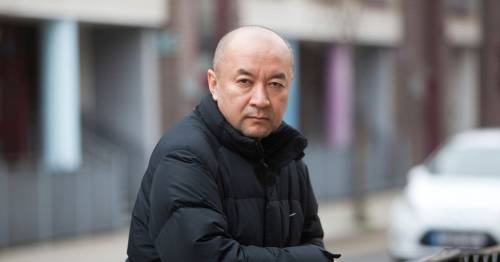 A former surgeon in China has claimed he was forced to remove the liver and kidneys of a patient while he was still alive.

Dr Enver Tohti made the allegation amid claims the practice continues with the organs of political prisoners sold on the black market.

The 58-year-old surgeon, who said he fled his homeland in fear for his life following the horrors he had witnessed, claimed it happened in the Xinjian region in 1995.

He claimed he carried out the harrowing procedure after his boss asked if he wanted to do "something wild".

Dr Tohti says he was among thousands of medics forced to act in this manner against their wills.

Sickening allegations suggest that it is being done to China's Uighur minority in a sickening campaign to silence members.

The former cancer surgeon told The Sun that he was taken to an "execution ground" down gravel roads in the Western Mountains.

He said: "I was so scared because I thought they were going to shoot me because I was the only Uighur in that team and no one else had been there except for our driver."

Dr Tohti said he heard the sound of gunshots before being confronted with at least 10 corpses in a van.

He was then told by his chief surgeon to turn his attentions toward one man who had been shot, but appeared to still be alive.

He said that when he tried to cut him, the man was "struggling", and he saw bleeding – suggesting that his heart was still pumping blood.

The surgeon said: "His body was struggling against me so I assumed he was alive because obviously feeling the pain and when I cut through I saw there was bleeding, which means the heart was still pumping blood."

Surgeons became 'executioners' on behalf of the state, it is claimed
(

Following the horrifying procedure, Dr Tohti claimed he was told that it had "never happened".

The medic, who now works as an Uber driver in London, said that the incident was "always in my head" and said he could not forget it.

In spite of a shake-up of Chinese laws in 2007 claimed to have outlawed the practice, international observers believe that organ harvesting persists.

One study suggests that 400 transplants are known to have taken place between 2000 and 2017, with hearts, lungs and livers taken from dead prisoners.

And researchers have reportedly found that not all those whose organs were taken were brain-dead when they were removed, The Times reports.

A study by the American Journal of Transplantation said there were cases where patients were still alive, even if they were not conscious.

Matthew Robertson, who led the research, told The Sun that medics had become "executioners on behalf of the state", with heart removal the method of execution.

He described the practice as "highly profitable for the doctors and hospitals that engage in them".

Prof Martin Elliott, a heart surgeon who works with investigation organisation the China Tribunal, estimated that up to 100,000 procedures had been carried out per year in the past.

But he said it was hard to tell to what degree it is still occurring, as most surgeons are too afraid to speak out.

He claimed that there is "strong evidence" that the Chinese government had executed thousands of Falun Gong followers before reaping their organs after they were killed.

Prof Elliott said these camps witnessed similar atrocities to the Nazi era, and those carried out under Cambodian despot Pol Pot.