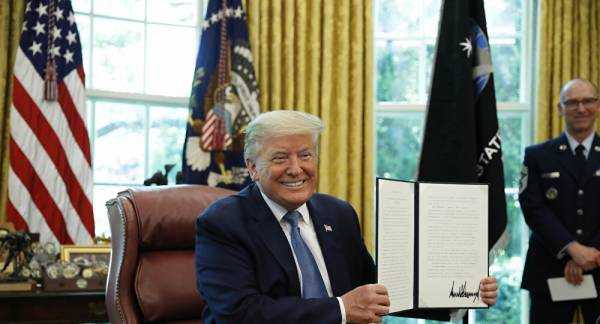 WASHINGTON (Sputnik) – US President Donald Trump told reporters on Friday that the United States is developing a hypersonic missile that is 17 times faster compared to the fastest missile the military currently has available.

Trump added that the missile should be superior to missiles being developed by Russia and China.

On Friday, Trump also unveiled the new flag for the US Space Force, for the first time in more than 72 years.