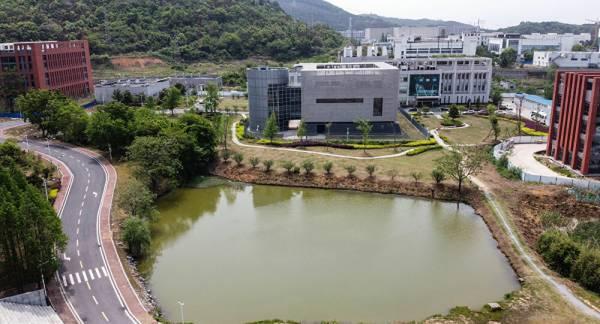 The intensifying debate over COVID-19’s possible origins has taken on a political dimension amid claims by US President Donald Trump that the virus likely originated at the Wuhan Institute of Virology, even as his own officials say they agree with the scientific consensus that the novel coronavirus was “not manmade or genetically modified.”

The Commonwealth Scientific and Industrial Research Organization (CSIRO), the Australian federal agency responsible for scientific research, has been involved in the training and funding of the work of a team of Chinese scientists who would go on to engage in the genetic modification of deadly coronaviruses transmittable from bats to human beings in Wuhan, Australia’s The Daily Telegraph has reported.

The report, based on a 15-page intelligence dossier on the COVID-19 outbreak by the Five Eyes, the Anglophone intelligence alliance consisting of the US, the UK, Canada, Australia and New Zealand, alleges that senior researchers from the Wuhan Institute of Virology, the institute at the heart of President Trump’s claims as to the virus’s origins, either received training or were employed by CSIRO’s Australian Animal Health Laboratory.

Furthermore, the newspaper says that cooperation between CSIRO and the Chinese Academy of Sciences appears to be ongoing.

Sarah Henderson, an Australian senator, called the dossier’s findings and the revelation that Chinese scientists had engaged in bat virus research in Australia “very concerning,” suggesting the need for “extreme care” when it comes to “any research projects involving foreign nationals which may compromise our national security or biosecurity.”

The Five Eyes have accused China of “destroying evidence” from the Wuhan lab and refusing to provide live virus samples to international scientists working on a vaccine.

Dr. Vyuan Zhiming, veteran director of the Wuhan lab, insists that the lab’s “strict regulatory regime” and code of conduct for research precludes the lab from being the source of the coronavirus pandemic.

Last week, Acting Director of National Intelligence Richard Grenell indicated that the US intelligence community “concurs with the wide scientific consensus that the COVID-19 virus was not manmade or genetically modified,” echoing sentiments expressed by Joint Chiefs of Staff chairman Gen. Mark Milley. As recently as Thursday however, President Trump said he was confident that COVID-19 originated from the Wuhan lab, without citing details or his sources.

The attempts by the world’s two economic superpowers to blame one another for the virus make sense, given that COVID-19 has caused trillions of dollars in economic damage worldwide, infecting over 3.4 million people and helping to cause over 244,000 deaths. A number of US officials allied to the president have already called for measures to ‘punish’ China for the virus, with the Washington Post reporting last week citing sources that lawmakers were mulling ‘canceling’ some of the US debt held by China as punishment.