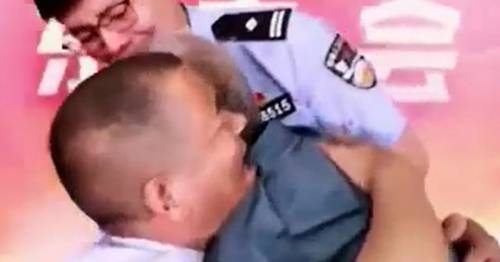 A man who was abducted as a toddler at a railway station has finally met his dad after being apart for 58 years.

Fu, now aged 60, was reunited with his 90-year-old dad, surnamed Luo, in the city of Zaozhuang in the eastern Chinese province of Shandong this week.

The city's public security department released images of the heartwarming reunion on Tuesday.

As he met his dad, Fu closely hugged Luo, getting down on his knees and bursting into tears, photos show.

Luo said he lost sight of his two-year-old son at a railway station in the district of Xuecheng in 1963 when he was waiting for a train.

What do you think? Have your say in comments below 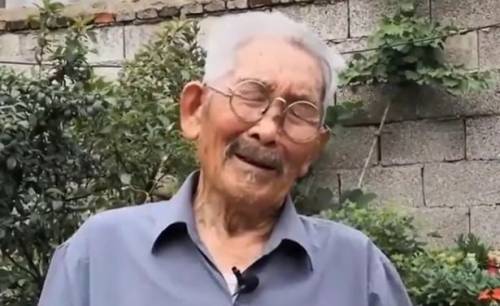 The 90-year-old was emotional when he saw his son after 58 years
(Image: AsiaWire)

He said he momentarily let go of his son's hand and a few minutes after that he realised Fu had disappeared.

The boy is believed to have been abducted by human traffickers who took him to Shanghai where he was then adopted by a couple.

Luo and his family searched for Fu for years, using newspapers, other media, and later the internet to find him. 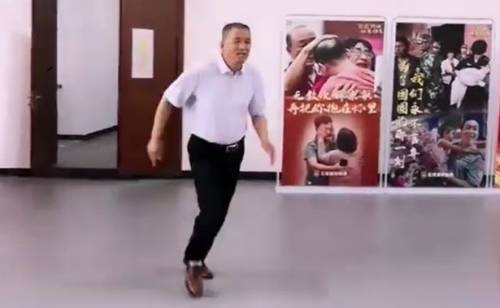 Fu running was filmed running towards his dad
(Image: AsiaWire) 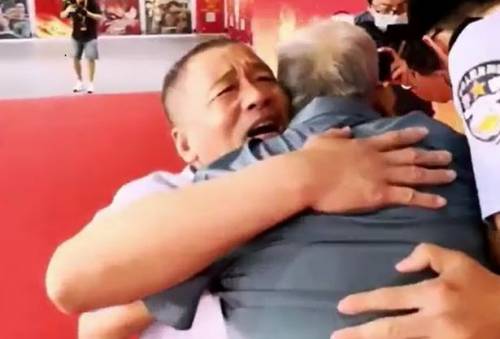 The pair were emotional as they met after a long time
(Image: AsiaWire)

In 2015, the public security department in Zaozhuang opened a special investigation into the incident using the latest DNA testing technology available and expanded the search into other Chinese provinces.

They eventually tracked down Fu on June 1 after confirming a DNA match between the pair and they were reunited on June 8 after a 58-year separation.

Fu explained that he was told by his adoptive parents that they got him in Shanghai, but knew nothing more about his background.

In January, the Ministry of Public Security launched a national crackdown on human trafficking and child abduction, and 1,680 trafficked children have been identified as of June 9.

Article 240 of the Law outlines that abducting and trafficking women or children is punishable by five to ten years’ imprisonment and a fine.

According to Article 241, people who buy an abducted child or woman can be subjected to to no more than three years’ imprisonment, criminal detention, or public surveillance.

Previous : ‘Christian terrorist’ who killed Muslim family ‘laughed as he got out of truck’ – World News
Next : Mum who gave to birth to 10 babies finally found in hospital after frantic search – World News