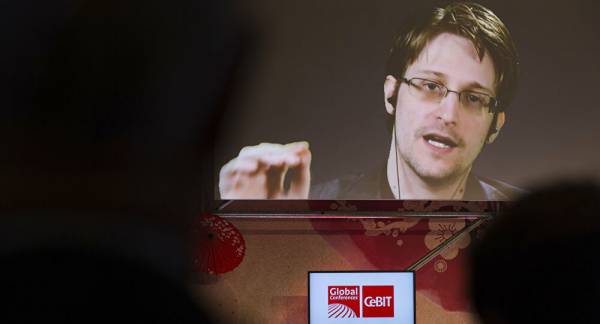 In September 2019, the US Department of Justice filed a lawsuit against the whistleblower over claims that he violated non-disclosure obligations by not submitting his original autobiography to the government for review before publishing. A federal judge ruled in December that the US government was entitled to all the profits from the original version of the autobiography due to this violation.

According to the plan to which Snowden and the administration of US President Donald Trump agreed, the money is to be put in a trust. An attorney for Snowden said the agreement filed in court Tuesday did not mean the US government would be able to take the money immediately, as Snowden was considering an appeal against the judge’s previous ruling that he was liable for the disclosures, CNN said.

Snowden has been living in Russia since 2013. He fled the United States after leaking classified documents showing that the National Security Agency was collecting the telephone records of millions of US citizens. He is wanted in the United States on espionage charges.

Previous : US Media Speculate on Possible Ginsburg Replacement as Trump Says Will Announce Candidate by Weekend
Next : US Policy on Iran Unlikely to Change After November Vote, Pompeo Says