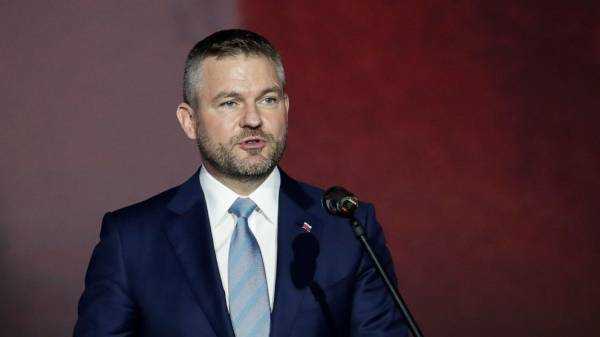 Pellegrini has been deputy chairman of the Smer-Social Democracy party, which had dominated Slovakia’s politics since 2006 before being ousted from power by a center-right party in the February parliamentary election.

His move was expected. He has clashed with the party chairman, former Premier Robert Fico, over the scandal-tainted party’s future following the disappointing loss in the election.

The result sent Smer to the opposition while a new four-party coalition government took over.

Pellegrini became the prime minister after Fico’s coalition government was forced to resign by the massive anti-government street protests in 2018 following the slayings of an investigative reporter and his fiancee. Investigators linked Jan Kuciak’s death to his work probing possible widespread government corruption.

Pellegrini called on Fico, considered a populist leader, to resign from his party post. He said Wednesday their future cooperation wasn’t possible anymore.

Pellegrini said he wants to form a new center-left party, saying he would be doing it from scratch and expected other Smer lawmakers to join him. He didn’t provide further details.

A recent poll suggested it might be as popular as the Ordinary People led by Prime Minister Igor Matovic, a center-right group that won the the Feb. 29 election.