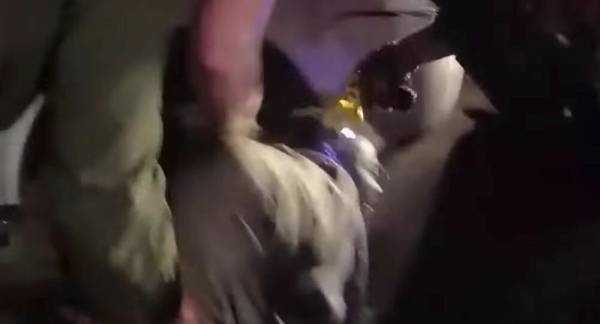 Newly released police body camera footage has provided additional insight into the March 2019 in-custody death of Texas man Javier Ambler and prompted calls on Tuesday for the resignation of Williamson County Sheriff Robert Chody over his alleged failure to cooperate in an ongoing investigation.

The incident at the center of the controversy between local government and law enforcement officials took place on March 28, 2019, when J.J. Johnson, a deputy with the Williamson County Sheriff’s Office, decided to stop Ambler because he failed to turn off his high beams for the benefit of oncoming traffic. As Ambler did not pull his vehicle over, Johnson initiated a 22-minute car chase.

At the time, Johnson was driving along with a crew from A&E’s police reality show “Live PD,” who filmed as the chase saw the two vehicles transit highways and nearby neighborhoods. The crew was captured on newly released bodycam footage recording the unfolding scenes as Ambler told responding officers that he couldn’t breathe and later as he lay dying.

Seconds after the stun gun is deployed, Ambler’s body goes limp; however, several moments pass before officers are heard recognizing that Ambler has no pulse. In fact, at one point an officer is heard talking to Ambler, urging him to “wake up.”

The video cuts off as officers are seen trying to do chest compressions on Ambler.

An internal affairs investigation into the incident at the time determined that the responding deputies at the scene did nothing wrong, and that they had not violated any of the agency’s use-of-force or pursuit policies.

Police officers with the Austin Police Department (APD) were on the scene; however, they only arrived after the chase came to a close. At present, no officers associated with the department are under investigation.

Now, months after the incident occurred, the Travis County District Attorney’s Office is investigating the events in conjunction with the APD’s special investigations unit, since the chase ended in Austin, Texas.

Margaret Moore, the Travis County district attorney, told reporters on Monday that the Williamson County Sheriff’s Office had “stonewalled” the investigation into the death investigation by not allowing the release of footage filmed by the “Live PD” crew.

The footage itself has not been aired by the reality show, and the sheriff’s office has claimed it has not been contacted by the district attorney’s office.

Ambler’s pleas echo those similarly made by black Minnesota resident George Floyd, who was killed after a white police officer refused to remove his knee from Floyd’s neck. Floyd had repeatedly yelled out that he was unable to breathe. All four officers involved in the Minnesota case have been arrested and charged.

Previous : Ahmaud Arbery’s mother to David Muir: George Floyd protests give ‘me strength to go on’
Next : US Gov’t Failed at Oversight of Three Chinese Telecom Carriers for Nearly 20 Years – Senate Report