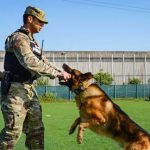 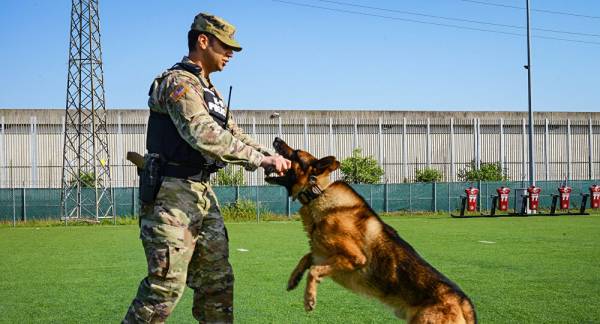 The recent study comes as the US government’s first “comprehensive research on working dog procurement conducted in the last 15 years.” Alongside lacking in new canines for combat, several services, including the US Air Force, have expressed the need for volunteers to adopt dogs that are out of service due to age or failed training.

A recent study conducted by the US federal government found that the US military “has faced a chronic shortage of domestically bred working dogs qualified for use by both the Department of Defense and other federal agencies.”

Said research, conducted by the Acquisition Research Program of the Naval Postgraduate School’s Graduate School of Defense Management, comes as the US military’s most “comprehensive research on working dog procurement conducted in the last 15 years.”

The report also suggested that, due to “adversaries” becoming more “adept in circumventing detection systems, the need for working dogs has steadily increased to address security vulnerabilities.”

Within the document, researchers highlighted that the lack of a “robust domestic supply” of military dogs “may threaten the ability of departments and agencies that utilize working dogs to maintain readiness if the supply from foreign markets is contested or interrupted for an extended period.”

Expenditure data shows that, over the course of six fiscal years, the US government has spent a total of $38.9 million on some 533 contracts related to the procurement of military dogs.

“This research draws on data from across the federal government and utilizes a mixed methods approach that applies both quantitative and qualitative techniques to obtain insight into the domestic working dog market,” researchers wrote.

At the same time, the Texas-based 341st Training Squadron of the US Air Force – which is tasked with training the military working dogs of the Department of Defense – has detailed within the past year that it needs folks to adopt dogs that have either aged-out, or failed their training.

“There is also a selection of older dogs available that have served in the field or were utilized in the training of new military dog handlers. Some of the available dogs may have hip, back, or other medical issues that prevent them from working,” the program’s website notes. “Additionally, dogs with medical issues may require prescription medications for the remainder of their lives.”