‘She is a Disaster’: Trump Backs Ilhan Omar’s Opponent in US House of Representatives’ Elections 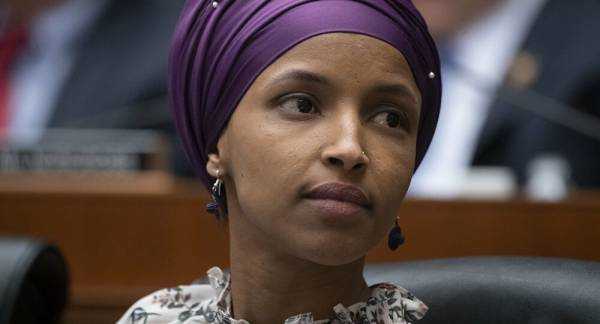 The US president claimed that Ilhan Omar is looking to increase taxes and that she hates the US military and veterans, as he delivered his endorsement via social media.

US President Donald Trump has endorsed Lacy Johnson, a Republican candidate who is now poised to challenge Rep. Ilhan Omar (D-Minn.) in the upcoming 2020 US House of Representatives elections.

Delivering the announcement via Twitter, Trump stated that he believes Johnson deserves his endorsement, and that “Omar is a disaster”, accusing the Democratic congresswoman of seeking to impose “much higher taxes” and of hating the US military and veterans, among other things.

​The president’s tweet attracted the attention of social media users who didn’t seem to think highly of Omar and who rooted for her opponent.

Lacy Johnson himself also thanked Trump for the endorsement.

​Yet there were also those who slammed the US president, with a number of netizens criticizing him over his handling of the coronavirus crisis, and arguing that an endorsement from Trump would do more harm than good.

Lacy Johnson has announced his intent to challenge Omar for her congressional seat in a campaign video he shared last week on Twitter, noting that he feels humbled by the fact that the GOP endorsed him with a 90 percent vote.

According to the Star Tribune, Johnson is a North Minneapolis entrepreneur and a former IT professional who ran unsuccessfully for the Legislature in 2018.

Previous : US Refineries Cut Volumes More Than 20% in Past Month Due to COVID-19 – Energy Department
Next : First Brexit, Now Coronavirus? Media Sound Alarm on ‘Russian Hacking’ of Britain’s COVID-19 Research