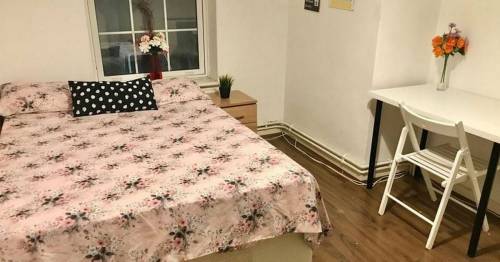 Shameless scammers have been caught advertising a fake flat to hopeful renters around the world.

The false advert shows pictures of a flat 'to rent' in Galway and has shown up in housing Facebook groups in Galway – as well as Dublin, Cork, Amsterdam and Oslo.

One eagle-eyed woman has been warning other online after seeing it on several Facebook pages.

She warned: "Be careful of all the rental scams going around at the minute, this same post has been advertised in Cork, Dublin and Oslo rental groups".

The ad showed up again on Dublin housing group on Tuesday, and while many asked for a viewing – a few called out that it was a scam as the deal seemed too good to be true.

One person wrote: "It's a scam. No way a 2-bed apartment in D2 is 500 Euros bills included. Seen before and was a scam.

Another person mocked the scammer by commenting: "Ya, just meet me at the corner bring the cash, and ill give you the keys, but I'm on break so you'll have to go by yourself."

The flat has even been advertised in several different European student cities with scammers changing the currency.

The scammers are promising the flat is close to the relevant universities, including Utrecht, Wageningen and Groningen in the Netherlands.

The ad promises an "80 sq foot apartment has a spacious living room with a 55" TV, surround sound, and a comfy sectional couch. It shares a half wall with a workspace area with separate desks for work or play!"

It adds: "In the kitchen, you will see a breakfast nook, large pantry, and shared laundry room leading to the garage. Plenty of windows and light throughout is fully furnished, for longer time or short time lease."

In one of the scam posts, the advertiser describes themselves as the roommate the person would be living with, bizarrely adding that they are a "physical therapist, crossfitter, bookworm, board game nerd and ice hockey fan."

Gardai warn students that they should be wary of people advertising rooms via social media where the person will only communicate via messenger or WhatsApp.

They also said that people pressurising you with a 'one time offer' should be avoided.