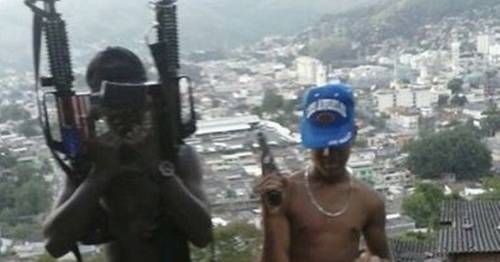 Sickening footage showing a gangland execution of two sisters spread around the world this week – after it was streamed live on Instagram.

Named locally as Amalia and Amanda Alves, both 18, the young women's bodies were tragically found just hours later on the side of a road behind a property complex in Pacajus, Brazil.

While a teenager has been arrested on suspicion of the bloodbath, it follows a grim trend of grisly executions being broadcast across social media by heartless gang members.

Warring cartel workers love to show off their luxury life of fast cars, bags of cash and glamorous women on platforms like Instagram and TikTok – but also use them to recruit new members and warn off rivals with grim flashes of violence.

Increasingly, however, police are using the sites to tables on the shameless criminals, while terrified communities are fighting back too.

Guns, cash and women flaunted to lure in young fans

Since the late Noughties, when internet access began to improve across poorer areas of South America, social media has become a playground for gangs.

Initially, websites like Facebook were used by organised crime outfits to terrify their enemies, sharing pictures of bodies hanging from bridges or even dismembered heads. 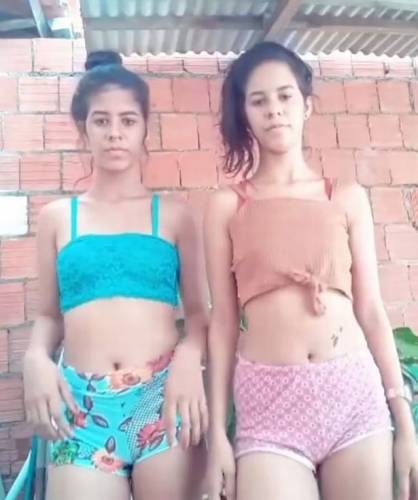 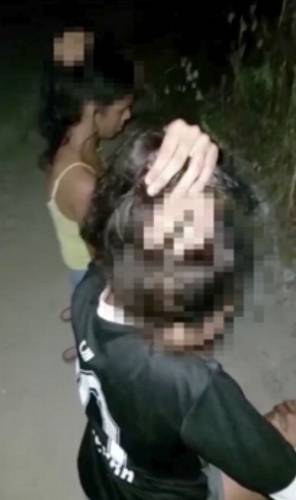 The Brazilian sisters, both 18, were made to kneel in the sickening video
(Image: Instagram)

In recent years, however, the rise of image-based apps have given way to dark phenomenons like 'Cartel TikTok', where cartels instead open up on their glamorous lifestyles to younger audiences.

Showing off semi-automatic weapons, flashy sports cars, parties filled with beautiful women and exotic pets like tiger cubs, the goal nowadays is to entice envious social media users into a life of crime.

Initially spearheaded by Mexican gangs, the trend has spread to Brazil, Colombia, El Salvador, the United States and even the Mafia in Italy.

"TikTok is being used mainly to promote a lifestyle,” David Saucedo, a Mexico City-based security analyst, told the Courier Journal. “(To) generate a picture of luxury and glamour, to show the ‘benefits’ of joining the criminal activities.

"I've seen a few criminal messages, (but) what I've seen the most, it's a message to encourage people to join the organised crime." 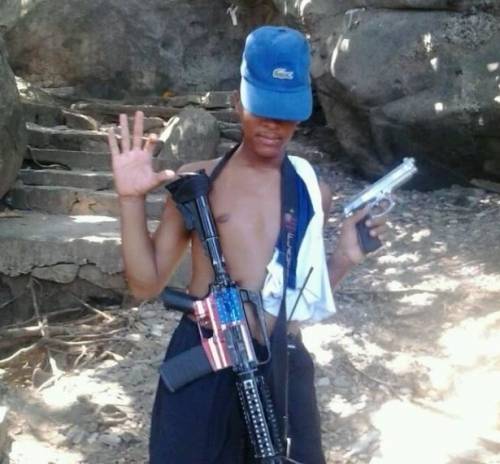 Searching under a number of cartel hashtags, the website found comments from users reading "Ya'll hiring" and "I need an application" – some of which drew replies inviting them to talk further.

"The cartels are going to do whatever they need to do to build up their multibillion-dollar business,” Derek Maltz, a former agent in charge of the Drug Enforcement Agency's Special Operations Division, explained.

“The use of social media is very attractive. It's very utilized by the younger culture, especially TikTok, and so 100% it's a recruitment tool."

Sometimes, the recruitment drive can be even more blatant, with 'official' cartel accounts explicitly urging rivals to switch sides.

In 2019, one of Brazil's biggest arms and drug trafficking groups, Comando Verhelho, sent out a message on Twitter in a bid to poach recruits from an enemy gang in Rio de Janeiro.

Warning of a bloody gang war if there was no surrender, the message read: "We're here to hug the kids and bring peace. We are open to dialogue and whoever wants to close now is the time.

"There's no way out… the residents don't deserve a blood war. For those who want to jump, just get to us."

Earlier this year, messages posted on TikTok and other social media platforms also revealed cartels were recruiting American teenagers to smuggle migrants across the border.

Shameless adverts showed groups offering more than $3,000 for people to drive smuggled migrants into the US, Fox News reported. 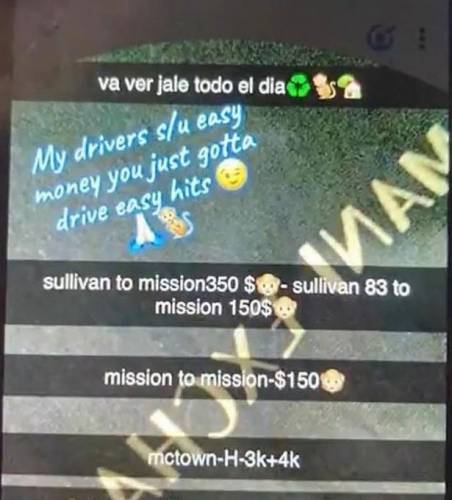 A message that appears to show cartels offering money to young Americans to smuggle migrants across the border
(Image: Twitter)

One ad by a drug cartel obtained by the news station reads: 'Need 2 or 3 drivers to go through a checkpoint.'

Another states that there are 'six left'. 'Lemme know ASAP for that easy cash,' it reads.

The report raised concerns that children were even taking their parents' cars to make the journey without their knowledge.

The sickening footage of the two Brazilian sisters sees them forced to kneel before being slaughtered, with local media reporting that they may have been aware of incidents involving local drug dealers.

Such instances are common across the country, with groups such as Comando Vermelho filming deadly 'trials' of young women accused of treachery or snitching, according to Foreign Policy. 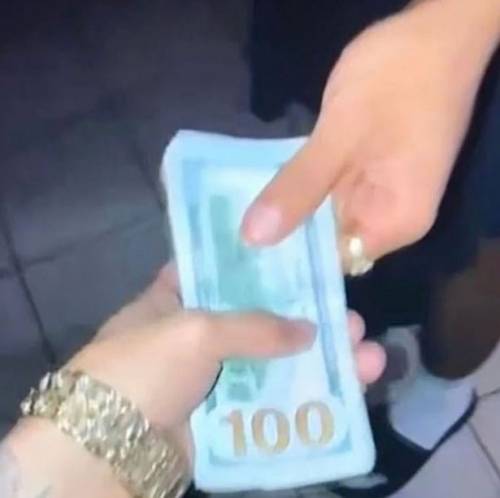 Lavish displays of wealth are designed to draw young social media users into a life of crime
(Image: Twitter)

Gang members often post taped executions of rivals, even inside prisons, on apps like YouTube and WhatsApp – not just to frighten their opponents but also to show terrified residents they have control of local communities.

With a worldwide reach, however, the gruesome footage can reach far beyond the local favelas.

Last month, TikTok was forced to apologise for a seemingly innocent video of a girl dancing which then cuts to an "unconscionably graphic" scene of a beheading.

The content left some users "traumatised" as they were duped into watching a man having his head sawed off by a group of men. The individual appearing to be beheaded is alleged to be a 19-year-old who was killed in Mexico.

South American communities, however, have also been able to use social media in their favour.

Residents of Brazil's slums, for instance, have taken to posting photos and videos of clashes between gangs like the Comando Vermelho and Terceiro Comando Puro online – to warn any locals to stay away in real-time.

Criminals' brazen use of social media to flaunt their wealth can inevitably come at a cost too, with police constantly monitoring accounts for unintentional tip offs.

As far back as 2012, a criminal known as "Shrek" was arrested after being recognised from the photos he'd been uploading to his Facebook.

The same year, Nando Bacalhau, a drug lord from Chapadao, was seized days after showing off his weapons, chains and a harem of women on YouTube – despite a $2,000 reward for his capture being offered.

Cops in Brazil are using hotlines on apps like WhatsApp to gather tips from residents, while they are also mapping social media profiles to build cases against drug traffickers when they get to court.

Whether it is enough to stem the tide of horrific public killings like the tragic sisters remains to be seen.

Got a story? Get in touch by emailing alex.bellotti@reachplc.com