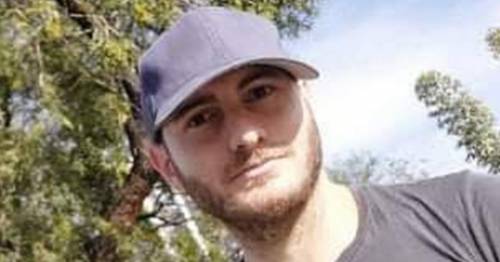 A "serial sperm donor ", who offers his services for free, says he's the biological father of 47 children and is expecting 12 more soon.

Kyle Gordy, 30, from California, wants to help struggling families and is inundated with messages from women on Instagram hoping to have his child.

With the exception on Antarctica, he hopes to father children in every continent across the globe.

Gordy says he'll soon be a father of 59 after helping 12 more families conceive, with four based across the UK.

“I think this is the most I’ve had on the way all at once, I’ve never seen this before,” Kyle said.

“I think because I’ve been eating right, this has helped my sperm stay in tip-top shape.

Kyle Gordy is a biological father of 47 children, with 12 more on the way, after donating his sperm for free
(

“I’ve been eating more protein, such as fish and beans, as well as all organic greens.

“Most of the people I’ve helped are lesbians and some are single women.

“There’s truly no number of how many kids I want to have, so I don’t set a goal – each child is a special gift to everyone I help.

“As long as women want my help, I’ll be there to provide for them.”

Next on Kyle’s list is New Zealand – with the prolific donor claiming that there’s a three-year waiting list for sperm banks in the country.

As a result, he’s flying across the world for the first time to offer his “liquid gold” and says he already has 50 people interested.

He said: “I’m still talking to people, but there’s over 50 at the moment that have expressed interest in needing my help.

“I’m waiting to see who would be a good match, such as with their schedules and health – so we’ll see who I connect with most and who I can assist.

Angela Turrey, who was helped by Kyle, pictured with her wife and son Avery
(

“Even though I do have a lot of interest, I’m still open to speaking to more women about helping them in New Zealand.

“Realistically I will only be able to help about five women throughout New Zealand as I will also be sightseeing and am paying for the trip out of my own pocket – which will cost me roughly $3,000.

“Although one couple have offered to cover a hotel room for one day for the insemination.

“I’ve had [a couple] who have been emailing for a while who originally tried to get pregnant with their brother-in-law’s sperm, but he was infertile.

“They’re going to pick me up for a donation, and then afterwards I’m going to visit Christchurch.

“I’m open to travelling elsewhere and I’ve spoken to a few people in remote areas who are interested. I’m also open to expanding my trip another two weeks.

“The cost of using a sperm bank and clinic in New Zealand can cost over $4,000 per cycle, but with me you do not have to pay a dime, which helps the mum's have more funds for their future child.

“In New Zealand it is illegal to pay sperm donors at the sperm banks, hence why there is a three year waiting list, whereas in America the donors at sperm banks are allowed to be paid – they can sometimes be paid upwards of $300 dollars per deposit.

“As a result of payment being allowed at sperm banks in America, it is not uncommon for donors at banks to have over 100 kids and on some cases donate up to eight years.

"Also since sperm banks are highly unregulated in America, many donors will donate at multiple sperm banks, with one case where a donor donated at 17 different sperm banks.

“Like [the documentary] Our Father, he had 90 kids and was a fertility doctor who impregnated his own patients with his own sperm without getting their consent, so you really don’t know what you’re getting at sperm banks.

“At least with me, you know exactly what you’re getting as I’m open.

“I would be willing to fly back out in the future if any of the mums I help would like siblings.”

While there are rules with sperm banks, he ensures to test himself for sexually transmitted diseases regularly and claims he does more so than banks require – even taking home tests in front of women before insemination if they request it.

Kyle said: “I also have genetic testing and my semen analysed (3.5 times the average count), as well as references available from previous mothers I helped.

“You don't know how your kids will turn out [at a sperm bank] and in my case, you know what to expect as I have a whole range of kids who are healthy.

“Plus, the women actually get to meet me instead of being a number on a vial – it’s more than a bank could ever offer.

Kyle's donations have taken him around the world
(

His next destination is New Zealand, where he will donate sperm as well as travel around
(

“We have a group chat with all the mums on WhatsApp who share pictures and comment on each other’s kids, so there’s no risk of incest.

“It’s part of my efforts to be proactive against any future issues, by giving the mums connection and most of this is based on trust.

“At banks they typically make no effort to connect the mums, which drastically increases the risk of incest.

"Lack of this connection has turned many women I helped away from ever considering a bank.

One of Kyle Gordy's sperm samples
(

Kyle visiting Washington DC on a trip to donate sperm
(

Kyle will be flying to the country on July 27 and will stay until August 21, before moving onto his next destination.

Previously, he shared his difficulties dating due to his controversial career – but says that if the right woman came along, he’d consider stopping.

Kyle added: “I’d think about stopping for the right person, but I’d prefer to find someone who would accept me for who I am.

“If I really like them and we’re compatible, I possibly would give it up though.”

Previous : Mum, 20, killed by washing machine as she puts hand in to retrieve her clothes – World News
Next : Boxer fined $10,000 and banned six months for attempted bite on opponent