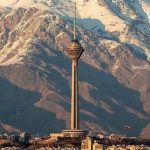 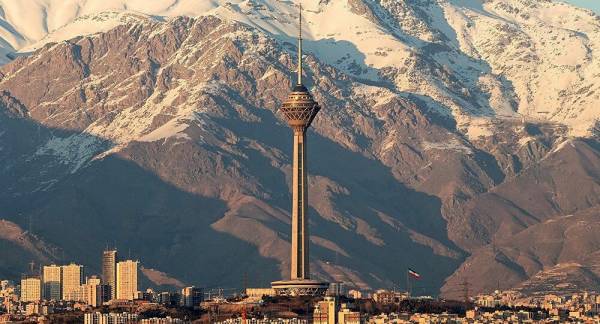 Iran and China signed a “historic” 25-year Comprehensive Strategic Partnership agreement on Saturday after five years of grueling negotiations. The pact is believed to include commitments for hundreds of billions of dollars’ worth of Chinese investment in Iran, and strategic cooperation in fields ranging from culture to technology and defence.

“The strategic document that was prepared and signed between Iran and China is in fact a long-term roadmap that creates guarantees motivating the two parties to make investments…In addition to China, Iran seeks to conclude long-term and strategic documents with Russia that will strengthen bilateral economic interactions and pave the way for joint activities,” Zonnour said in an interview with the Mehr News Agency on Monday.

“One of the most important ways to neutralise US sanctions against the Islamic Republic of Iran is for us to have long-term relations with major powers and countries, as well as with our neighbours and countries in our region on a large scale,” Zonnour explained.

The senior lawmaker also stressed that the parliament must review the recently signed pact with China to make certain that “no interests of our nation are neglected”.

2021 marks the 500th anniversary of the establishment of relations between Russia and Iran. In the contemporary period, ties between the two nations began warming in the late 1980s, and have gone on to flourish in the aftermath of the Soviet collapse, with Moscow and Tehran becoming allies in the war against jihadist extremism in Syria, and security partners in Afghanistan and the post-Soviet republics of Central Asia. Iran has received an invitation to join the Russia-led Collective Security Treaty Organisation, and forces from the two countries’ militaries have repeatedly held joint drills, both in Russia and off Iran’s shores.

Servicemen talk to the referee after the first stage of the international competition for professional training Marine landing 2019 at the Khmelevka firing ground on the Baltic Sea coast in Kaliningrad Region, Russia. Russian, Chinese, Iranian and Venezuelan marines participate in these competitions.

Russia has assisted Iran with its peaceful nuclear ambitions, and supported the country diplomatically in the aftermath of the US withdrawal from the 2015 Joint Comprehensive Plan of Action nuclear agreement in 2018. In 2016, Moscow called on the Eurasian Economic Union to include Iran and other Asian nations in the creation of a “Greater Eurasian Partnership”. One area where cooperation is lacking is trade, with similar baskets of potential exports and the lack of effective dialogue leading to a modest combined trade balance of less than $1.6 billion in 2020.

Independence Above All Else

Since the Islamic Revolution of 1979, Iran’s authorities have jealously guarded the country’s sovereignty and independence, engaging in cooperation with Russia, China, Venezuela, Syria and other nations, while avoiding being pulled into entangling alliances. After facing decades of sanctions from the US and other Western countries, the Islamic Republic has successfully built up major domestic industrial and intellectual capabilities, including a nearly completely self-sufficient military industry (including defence electronics), a space programme, and other assets normally reserved for much larger and more powerful nations.

Even after signing the Iran-China Comprehensive Strategic Partnership agreement on Saturday, Iranian observers emphasised the importance of taking steps to preserve Iran’s economic sovereignty, with a recent editorial by the FARS News Agency stressing the need for Tehran to prevent the country from becoming overly dependent on China – a rising global power.

Previous : Ever Given Temporarily Blocked Suez Canal Again After Being Unstuck, Canal Source Says
Next : YouTube Star PewDiePie Claims He Had ‘Weird Feeling’ About David Dobrik Amid Sexual Assault Scandal