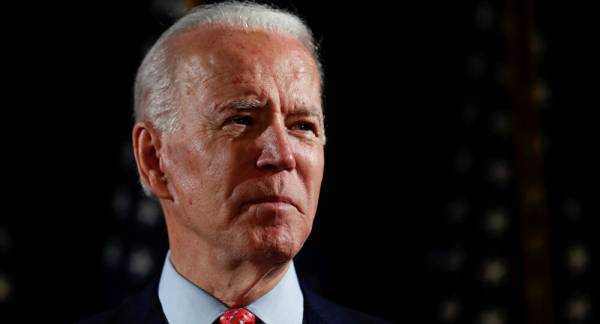 Former Vice President Joe Biden has had his presumptive Democratic nominee status shaken by accusations of sexual misconduct during his time as a senator by a former aide. In response, Biden urged the secretary of the senate to search though his former office files and release and complaints regarding the allegations.

The Secretary of the Senate has told former Vice President Joe Biden that it has “no discretion to disclose” the existence of complaints of sexual assault made by former staffer Tara Reade’s against the then-senator in 1993.

Biden wrote to Secretary of the Senate Julie Adams on Friday asking that she “take or direct whatever steps are necessary” to locate the records of this Office and to “direct a search for the alleged complaint” and make the result of the inquiry public.

​In a statement seen by The Hill on Monday, The office said that the Senate legal counsel had advised that the Secretary had no discretion to disclose the information request by Joe Biden.

They concluded that any complaint filed against Biden would be unable to make public based on the law’s “strict confidentiality requirements (Section 313)” as well as the Senate’s own anti-disclosure legislation preventing Senate Records from behing authorised “if prohibited by law”.

The request comes amid accusations by Ms Reade, who claims that she filed a complaint with the Senate 27 years ago. She has later admitted she did not explicitly accuse then-senator Biden of sexual assault.

“I remember talking about him wanting me to serve drinks because he liked my legs and thought I was pretty and it made me uncomfortable,” Reade said in an interview with The Associated Press. “I know that I was too scared to write about the sexual assault.”

A CNN video clip from a 1993 Larry King show emerged last week, featuring an anonymous phone-in from a woman who Tara Reade claims is her mother. The conversation includes the unnamed caller asking the host where to go with complaints regarding a “very prominent senator”.

The former VP is the presumptive Democratic nominee for the 2020 presidential election who will face up against incumbent President Donald Trump, who has also faced accusations from women of sexual assault.

Previous : In fight over Brazil leader’s virus test, crisis looms
Next : California Governor Says Some Retail Businesses May Reopen This Week With Restrictions