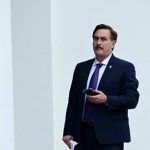 Say What? My Pillow CEO Tells Steve Bannon ‘Trump Will Be Back in Office in August’ 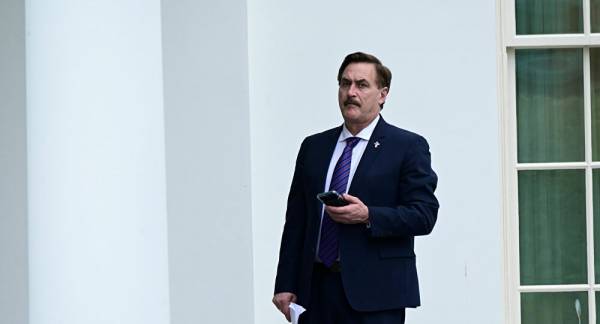 During a recent appearance on “Steve Bannon’s War Room,” Lindell ended up getting into a bit of a shouting match with Bannon – a former White House chief strategist who notably received a pardon from 45 earlier this year.

The conversation began with the businessman asserting, once again, that he is in possession of evidence that “is going to go before the Supreme Court.”

He went on to baselessly argue that voter fraud was present in the 2020 presidential election.

“It was an attack by other countries, communism coming in,” the My Pillow CEO added. “I don’t know what they’re going to do with that after they pull it down.”

According to the US National Intelligence Council, there were “no indications that any foreign actor attempted to alter any technical aspect of the voting process in the 2020 US elections, including voter registration, casting ballots, vote tabulation, or reporting results.”

As Bannon tried to butt in, Lindell talked over the host to make one last assertion: “Donald Trump will be back in office in August!”

Mike Lindell declares that as a result of voter fraud lawsuit he’ll soon be filing, “Donald Trump will be back in office in August.” pic.twitter.com/5Ewtd9SZ1O

While Lindell has been permanently suspended from Twitter, the businessman’s comments managed to become a trending topic on the social media platform.

“Donald Trump will be back in office in August!”
— MyPillow CEO Mike Lindell on Steve Bannon’s podcast

I am SO looking forward to Mike Lindell’s testimony under oath in Dominion’s $1.3 billion lawsuit against him.

MyPillow Guy, Mike Lindell, announced that once his evidence is heard by SCOTUS, the election results will go “bye bye” & that “Donald Trump will be back in office in August.”

There’s a better chance that monkeys will fly out of my butt than any of the above to occur.

Lindell is so much stronger than Bannon. it’s like watching a man try to calm down a living god. they’re not the same species https://t.co/E2xz3MY8FC

“The problem is not that Mike Lindell says crazy, stupid stuff. The problem is that there are violent pro Trump supporters who believe this, egged on by GOP leaders who lie about the election being stolen,” Rep. Ted Lieu (D-CA) tweeted. “That’s why National Guard troops in body armor are still at our Capitol.”

Sputnik reported last month that Lindell was named as a defendant in a $1.3 billion lawsuit from Dominion Voting Systems.

Today legal representatives for #DominionVotingSystems filed a defamation complaint in the U.S. District Court for the District of Columbia against My Pillow and its CEO, Mike Lindell. The court filing follows several retraction notices and warnings about legal action.

The suit, which names both Lindell and his company, alleged the businessman sought to use Trump’s campaign as “another chance to boost sales.” It also claimed Lindell’s allegations of election rigging “have exposed Dominion to the most extreme hatred and contempt.”