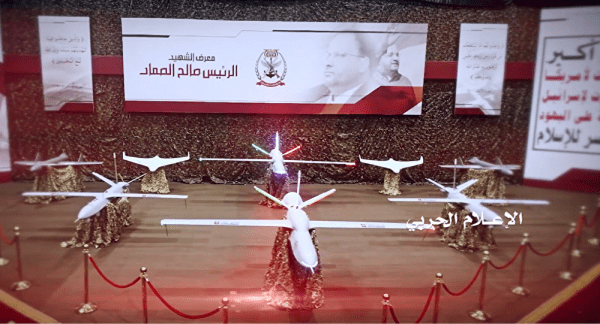 The missile interception comes amid renewed clashes along the border area between the two countries, with the Riyadh-led war against the Yemeni militia group entering its sixth year in March.

Saudi air defences have intercepted and destroyed several Houthi drones launched toward the border city of Najran, a spokesman for the Saudi-led coalition has reported.

Al-Maliki accused the Houthis of deliberately launching the drones at civilian targets, and repeated Riyadh’s long-standing claim that the militia group was “Iran-backed.”

A day earlier, Saudi civil defence reported that three local civilians were injured by shrapnel from a projectile fired by the Houthis toward border villages in Jazan region.

The attacks follow reports last week that the the Saudi-led coalition had conducted at least a dozen air raids on Houthi-controlled areas in Yemen’s northwestern and central provinces. Before that, in April, the coalition carried out dozens more airstrikes against the war-torn country, including attacks on Sanaa and its suburbs.

The Saudi-led coalition announced a 14-day halt in its operations in Yemen on April 8, but attacks resumed soon afterward following a Houthi rocket attack on forces aligned with the Saudi coalition in the city of Marib.

©
AP Photo / Hani MohammedA Houthi rebel fighter fires in the air during a gathering aimed at mobilizing more fighters for the Houthi movement, in Sanaa, Yemen

The International Committee of the Red Cross has repeatedly called for a cessation of hostilities in Yemen amid the large number of problems faced by the country’s people, from the coronavirus to lack of clean water, food supplies, and a functioning health care system. It’s estimated that there are just 700 ICU beds and 500 ventilators available across the entire country, and that about 20 percent of its communities left without a single doctor. On top of that, the Houthis have accused the Saudi-led coalition of deliberately contaminating face masks and other medical equipment and dropping them into their country. The coalition has not commented on such claims.

Yemen became mired in a foreign-backed civil war five years ago, just months after an uprising by the Houthis ousted President Abd Rabbuh Mansur Hadi in late 2014. Saudi Arabia and a coalition of mostly Gulf allies began a campaign to try to dislodge the Houthis in March 2015. Over five years later, the Shia militia continues to control much of the country. The war in Yemen has caused the deaths of over 100,000 people, and the United Nations has warned that 22 million people, or 75 percent of Yemen’s entire population, are in dire need of humanitarian assistance amid the coalition’s blockade of the country.

In recent years, the Houthis have also launched dozens of drone and missile attacks at Saudi cities, military bases, airports, and other infrastructure, killing at least 500 Saudi civilians in border areas. In 2019, the Houthis launched a massed drone attack at two Saudi Aramco facilities, temporarily knocking out about half of the Kingdom’s oil output. Riyadh and Washington blamed Iran for the attack.