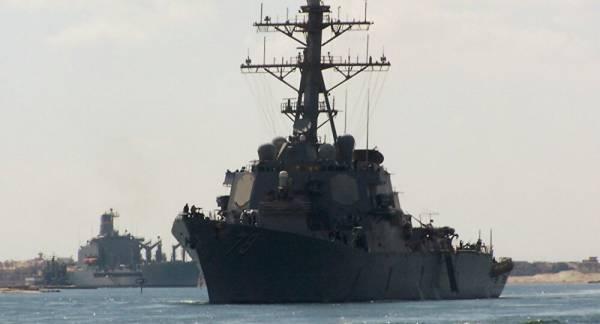 According to the National Defence Operations Centre, the NATO battle group sailed into the Barents Sea on Monday, 7 a.m. Moscow time.

The Russian Navy’s Northern Fleet is tracking the activities of a NATO battle group that crossed into the Barents Sea on Monday morning, the National Defence Operations Centre said in a statement.

The statement says that the group includes three US Naval destroyers, the Porter, the Donald Cook and the Franklin Roosevelt, as well as the Kent, a British frigate.

The USS Porter and Donald Cook destroyers are equipped with Tomahawk cruise missiles and Aegis missile defence system. The ships are usually permanently deployed in Europe at the Spanish military base in Rota.

Together with the Aegis missile defence ground bases in Poland and Romania, these destroyers are components of the “Phased, Adaptive Approach for Missile Defence in Europe”, tasked with protecting the continent from ballistic missile threats.

Previous : The Coronavirus and Our Future
Next : German Health Minister Says Developing Vaccine to Fight COVID-19 Could Take ‘Years’