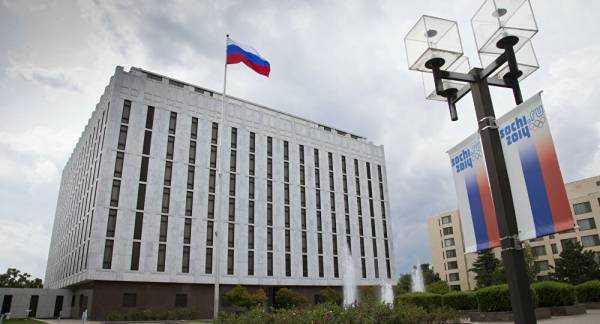 MOSCOW (Sputnik) – The Russian Embassy in the United States reproached the Pulitzer Prize Board for praising anti-Russian articles, which contained allegations that have been repeatedly debunked.

“The Prize Board is taking great responsibility, highlighting in this way anti-Russian materials, with statements that have been repeatedly refuted not only by Russian officials, but already by life itself,” the embassy wrote on Facebook.

The Pulitzer Prize Board at Columbia University earlier announced that the New York Times had emerged as the big winner in this year’s competition with three wins, swelling the newspaper’s total to 130 Pulitzers in more than a century since the award was first established.

In particular, the entire NYT staff won the international reporting prize for articles on Russia and what the Prize Board called the “predations of the Vladimir Putin regime”.

The diplomatic mission said it views this series of newspaper articles as “a wonderful collection of undiluted Russophobic fabrications that can be studied as a guide to creating false facts”.

In November 2019, Russian Foreign Ministry spokeswoman Maria Zakharova called the NYT’s allegations that Russia had prevented the evacuation of a sick US military attaché from Moscow “pure fraud,” and an article on the investigation of “attacks” on Syrian hospitals and Russia’s alleged pressure on its results the fake and dishonest work of journalists.