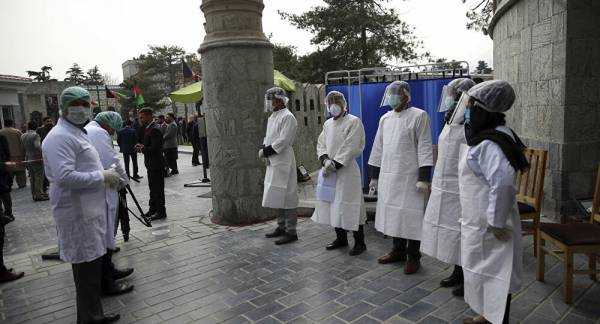 “We would also like to use this opportunity and call on all parties to the conflict in Libya for a cessation of hostilities in order to enable joint approaches to the COVID-19 pandemic and respect international humanitarian law,” Kuzmin said on Tuesday.

Libya has so far confirmed 63 cases of the COVID-19 infection and three deaths, according to Johns Hopkins University.

The only way out of the crisis is through diplomatic negotiations, and the role the United Nations plays in this regard is central, Kuzmin noted. In this light, it is essential for UN Secretary-General Antonio Guterres to appoint a new Special Representative to Libya at the earliest convenience, he added.

The situation in Libya escalated on 13 April when Tripoli-based Government of National Accord (GNA) said that it had launched a rapid offensive west of the country’s capital and taken control over the cities of Sabratah and Surman.

A day later, an official from the GNA’s Ministry of Foreign Affairs told Sputnik that Tripoli-based forces had captured the coastal area from the city of Misrata, located to the east of the capital, to the city of Zuwara close to the Tunisian border.

On 21 April, Chairman of Libya’s High Council of State in Tripoli, Khalid al-Mishri, expressed hope that the Libyan National Army, headed by Field Marshal Khalifa Haftar, would be defeated during the Ramadan.

Previous : UK Leading Coronavirus Advisor Resigns After Neglecting Social Distancing
Next : Atlanta’s new archbishop to be installed — at a distance