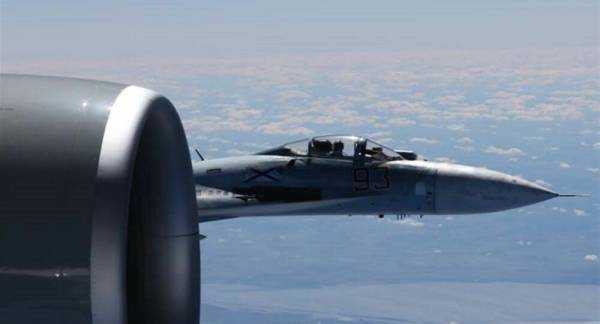 MOSCOW (Sputnik) – A total of 32 foreign aircraft conducted reconnaissance activities along Russia’s borders in the past week, the military’s official newspaper Krasnaya Zvezda reported on Wednesday.

A weekly infographic published by the outlet showed that Russian fighter jets had been scrambled four times to intercept foreign jets.

Within this period of time, Russia has also spotted four unmanned aerial vehicles, which were carrying out reconnaissance missions near the Russian borders.

The United States and NATO countries often send aircraft and drones to perform reconnaissance activities along Russia’s borders in the Baltic, in the Black Sea off Crimea and Krasnodar. Russian air defence forces regularly monitor, target, and track hundreds of NATO aircraft operating close to the border, and occasionally scramble fighter jets to escort foreign military aircraft away from Russian airspace.

Moscow has repeatedly condemned US and NATO drone flights and bomber drills near its borders, saying such behaviour sparks tensions. The alliance has so far ignored these objections.

Previous : Planet Labs Inc Satellites to Take Better Earth Imagery ‘That Anyone Can Access by Paying a Fee’
Next : US Navy Prepares to Ban All Displays of Confederate Battle Flags