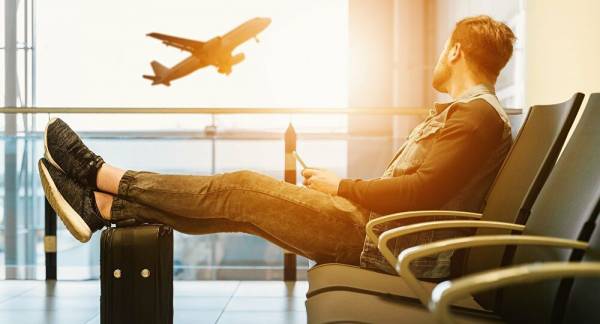 Amid vaccination breakthroughs by multiple trials, the question of whether the Covid-19 vaccine will be enforced on the public by companies and state bodies has become ever more prominent.

The Chief Executive of Australia’s largest airline by fleet size, Qantas, said the company was looking to change their terms and conditions for international travellers.

“… we will ask people to have a vaccination before they can get on the aircraft. Certainly for international visitors coming out, and people leaving the country. We think that’s a necessity,” CEO Alan Joyce said.

He explained that Qantas would want the passengers to have a vaccination passport – “an electronic version of it, that certifies what the vaccine is, is it acceptable to the country you are traveling to.”

Joyce however admitted that it would require logistics and technology to implement the idea.

The notion of a compulsory vaccination has ignited a debate on the necessity of the requirement. Commentators got agitated online and some even called to boycott the airline.

A mandatory medical procedure (vaccine) in order to fly?

#BREAKING: QANTAS CEO confirms that proof that you've been vaccinated for COVID-19 will be compulsory for international air travel onboard his aircraft. #9ACA pic.twitter.com/dhk3Hsnxn9

In that case, @Qantas can go screw themselves. #auspol #covid19 https://t.co/EdzlJbfJ5v

​Others welcomed the decision and warned opponents of vaccinations to be aware of the coming changes.

There you go. @Qantas will require evidence travellers vaccinated before they can travel overseas. Even if the Government won’t mandate #COVID19 vaccinations, BUSINESSES WILL.

Sending my best regards to the ANTI-VAXXERS ☺️😊😉😁

In reference to my earlier tweet about Qantas, I fully believe a COVID vaccine is going to be required for travel to the vast majority of the world. Anti-vaxxers are in for a very rude awakening the next time they plan a vacation.

Very happy if all those mad anti vaxxers want to boycott Qantas over Joyce comments. Anyone else who has a problem please fly another airline – it’s your choice as it is mine to be safe.
Fury as Qantas boss flags ‘no jab, no fly’ rule https://t.co/EMGSMIjUbU via @newscomauHQ

​Qantas chief was adamant about the planned airline requirement for travellers, adding that it will become a common practice around the world.

The Australian Government has said although COVID-19 vaccine would not be mandatory in Australia, it could become a condition of entry or re-entry to the country.

Elsewhere, speaking about the future of the vaccination programme in the United Kingdom, the UK PM Boris Johnson said on Monday that the government will not enforce the public to vaccinate.