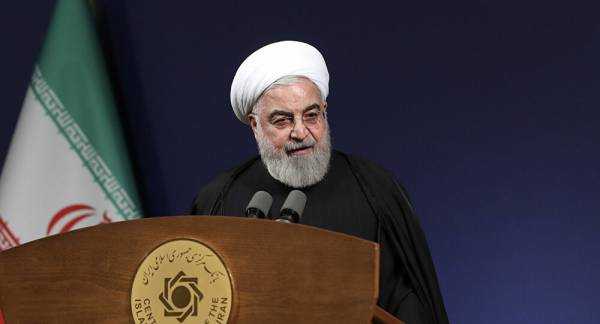 Earlier this week, Iranian Foreign Ministry spokesman Abbas Mousavi said that Tehran would oppose any efforts by the UN Security Council to extend an arms embargo on the country.

Iranian President Hassan Rouhani said that Tehran will deal a ‘crushing response’ if the arms embargo against the country is extended, and added that US President Donald Trump had made a stupid mistake by exiting the 2015 Nuclear Deal.

The Trump administration has been trying to extend the United Nations ban on the sale of conventional weapons to Iran beyond the October deadline, proposing sanctions and even considering making the argument that the US is still effectively a party to the Iran nuclear deal, despite its decision to withdraw from the agreement in May 2018.

US Secretary of State Mike Pompeo has earlier pledged that Washington will do everything in its power to extend the punitive measures placed on Tehran.

The US has enforced a policy of so-called maximum pressure on Iran since 2018 when the US withdrew from the Joint Comprehensive Plan of Action, the nuclear deal reached between Iran, Russia, China, France, Germany, the United Kingdom, the United States and the European Union in 2015.

In 2015, Iran signed the Joint Comprehensive Plan of Action (JCPOA) with China, France, Germany, Russia, the United Kingdom, the United States, Germany, and the European Union. It required Iran to scale back its nuclear program and severely downgrade its uranium reserves in exchange for sanctions relief, including lifting the arms embargo five years after the deal’s adoption. In 2018, the United States abandoned its conciliatory policy on Iran, withdrawing from the JCPOA and hitting Iranian petroleum industries with sanctions.

Previous : US Senators ‘Seek to Block Deployment of F-35A Jets to UK’ Over Huawei’s Role in 5G Rollout
Next : Despite Growing Pressure, Trump Unlikely to Make U-Turn on ‘Deal of Century’ Peace Initiative