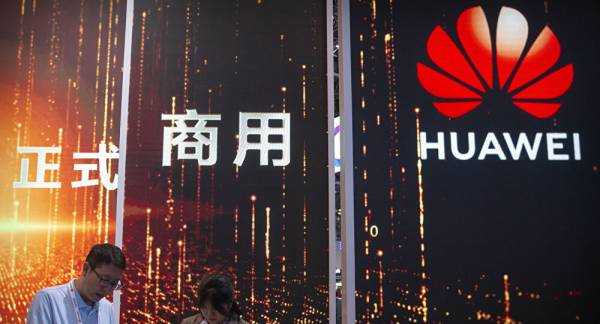 Britain allowed Huawei’s limited participation in the build-up of top-notch domestic 5G networks earlier this year, however, Downing Street has since shown signs of its hardening position towards the Chinese telecoms giant.

“Banging China out” from 5G networks and encouraging allies to do so would make the world less secure in the end, as it would split the internet into two warring camps which would be likely to attack each other, the ex-head of cyber security at the British government’s listening post GCHQ, warned, as cited by The Sun.

Unless the US crackdown on firms having business ties with Huawei stops, Beijing will double down on local tech firms, which will lead to a “splinternet”, he said.

The former spy with 30-year expertise argued Britain is capable of managing the hypothetical risk posed by Huawei’s 5G kits – something that allies, primarily the US used as an argument for the UK to axe the Chinese company’s involvement in the mobile network’s construction.

He also dismissed US threats to stop intelligence sharing if Britain used 5G as “spurious”.

Scott Petty, chief technology officer of Vodafone UK, a top national operator, likewise warned against removing Huawei from the mobile internet infrastructure, saying that otherwise, the UK’s hopes of leading the world in 5G technology would be ruined. “The UK’s leadership in 5G will be lost if mobile operators are forced to spend time and money replacing existing equipment”, Petty told the Financial Times, arguing that instead, London should opt to further develop networks and invest in the next stages of 5G technology.

Boris Johnson is now facing pressure from Washington and from within his own government to ditch Huawei, even though the company’s equipment in the UK has been deemed as central to delivering 5G – brand-new smartphone technology that speedily delivers vast amounts of data through wireless networks, like fixed-line broadband does.

The prospect of a full ban on Huawei equipment has increased since last month, when a branch of GCHQ, the signals intelligence agency, launched an emergency review on the back of new US sanctions targeting Huawei.

In the latest development, Britain plans to introduce new legislation that would rule out foreign takeovers by companies considered to pose a threat to national security. British firms will be obliged to report any attempted takeovers, with non-compliance carrying fines or even a prison sentence. Johnson’s official spokesman said the bill would “strengthen the government’s power to scrutinise and intervene in takeovers and mergers to protect national security, wherever risks may emanate from”.

In a sign of its hardening position on Huawei, Downing Street last week announced it would work with its “five eyes” security partners — the US, Canada, New Zealand, and Australia — to develop alternatives to Huawei.

The prime minister allowed Huawei’s limited involvement in domestic networks in January, setting a 35 percent cap on its products and excluding them from core systems.

However, Huawei critics in Washington and a number of European states, have called for the UK to adopt a full ban on its equipment on security grounds as soon as 2023, when the cap is due to come into effect, saying Huawei could have “back doors” in its kits that would allow Beijing to spy on British citizens. The Chinese authorities and Huawei’s top management have vehemently fought back, stressing the equipment is transparent and welcoming independent checks for western partners to see for themselves.

On Monday, as the pressure for its ban mounted, Huawei published an open letter in a number of British newspapers, insisting it was “committed as ever” to building internet networks “quickly, affordably, and securely”.

Previous : Swedish BLM Activists Call to Tear Down Monuments
Next : NATO Head Stoltenberg Says There Will Be New Review Amid Participation of Huawei in UK’s 5G Network