Riots: Police File First 350-Page Chargesheet, Name 3, Including One Who Fired at Them 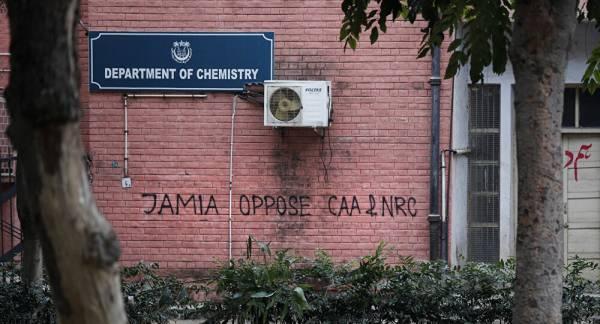 The Delhi Police on Friday filed their first chargesheet for the riots which shook the national capital in February this year, a senior officer said.

According to the police, they have filed a chargesheet of more than 350 pages against three people, including one who pointed a gun at cops and fired several rounds.

“We have filed the chargesheet at Karkardooma district court, in which we have named three accused. Shahrukh is the first person who was arrested by the Crime Branch on 3 March and is currently in jail”, a senior police official said.

In the chargesheet, police mentioned that Shahrukh fired at an officer and several others on 24 February.

“Apart from Shahrukh, one Kaleem Ahmad, a resident of Uttar Pradesh, has also been named for giving shelter to Shahrukh when he was absconding. He has also been arrested in the case. The third person who had been named has been identified as one Ishtiyak Mallik whose location was also found at the spot”, the officer said.

Police said the weapon of offence, a 7.65 mm pistol, and two live rounds were recovered from Shahrukh’s possession.

Labelled as one of the worst clashes in the history of the national capital, the February clashes over the CAA led to rioting, stone pelting, property damaging, arson, bullets being fired, petrol bombs being hurled, vehicles being set ablaze, and property being damaged. The cops had to resort to tear-shell firing and baton-charging to control the mobs.

The Citizenship Amendment Act (CAA) of 2019, enacted by the Indian federal government last December in parliament, seeks to grant citizenship rights to illegal immigrants from “persecuted minorities” from three neighbouring Islamic countries – Afghanistan, Bangladesh, and Pakistan. It has enabled non-Muslim community members from these countries to get Indian citizenship.

Since Muslim immigrants were not given the benefit of the provisions of the law, it angered several opposition parties, civil rights groups, and university students in India. They claim that it is religious discrimination, violating the Indian constitution’s basic norms.

Prime Minister Narendra Modi, however, has clarified that no Indian citizen will be affected by the amended law as it “seeks to grant citizenship to immigrants, not snatch it”.

Previous : Why you should talk to your child about the coronavirus
Next : House Judiciary Committee Urges Amazon CEO Bezos to Testify Amid Reports Company Misled Congress