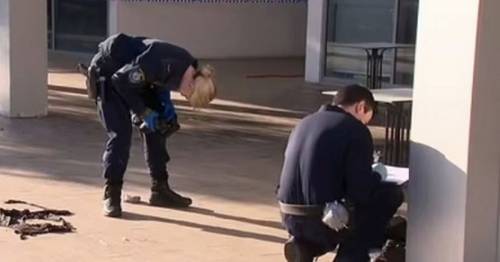 A man is in a serious condition in hospital after he caught on fire at the restaurant he was working in.

Diners at On Sunset in the Parramatta district of Sydney had to be evacuated after a spark from a faulty dishwasher caused the cleaning agent the man was using on the floor to ignite.

The 24-year-old worker suffered critical burns to 30 per cent of his body including his arms, face and chest, the Daily Mail reports.

The employee was placed into an induced coma by paramedics before being taken to hospital for further treatment.

The incident at the Lebanese restaurant happened on Tuesday night and also led to the evacuation of 150 people living in apartments above the venue.

Apartments above the restaurant had to be evacuated
(

Colleagues reportedly used sprinklers to try and keep the man's burns from worsening while they waited for emergency services to attend the scene.

New South Wales ambulance inspector Brian Parsell said in quotes reported by the outlet : “This patient was in significant pain when we arrived after having suffered burns to around 30 percent of his body.

“We were able to stabilise the patient and placed him into an induced coma at the scene before transporting him to Concord Hospital for further care.

“This is a reminder to the public of the dangers present when working with commercial and domestic gases; we ask that you please take care around open flames and flammable liquids at all times.”

NSW Police and fire investigators carried out investigations at the restaurant on Tuesday and Wednesday.

Safe Work NSW is also investigating the matter, with the fire thought to have been caused when a cleaning substance being used by the man was ignited by a spark from a dishwasher with an electrical fault.