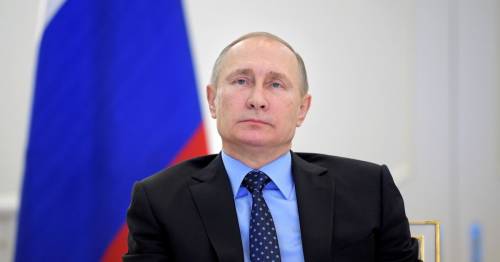 Vladimir Putin has intercontinental nuclear missiles “on alert” that are more than five times faster than the US and capable of wiping out American cities, the Russian leader has said.

The bragging by President Putin that the Russians have hypersonic weapons which are also intercontinental has ramped up fears over a military conflict with the US and a potential World War 3 with the West.

At the same time he casually denied that they are looking to threaten anyone when speaking at an energy forum in Moscow, and said that similar systems are being made elsewhere.

“This is not just a hypersonic, this is an intercontinental missile,” he said.

“This is a much more serious weapon than you just said. And they are already on alert in Russia.”

He added: “There is nothing unusual here. The high-tech armies of the world will have such systems, they will, and in the near future.

"We do not abuse this, we do not threaten anyone.”

Earlier this month Russia said that it had successfully test launched its new Zircon hypersonic missile from the nuclear-powered submarine Severodvinsk.

A video showed the 6,670mph missile shoot into the sky from the White Sea and hit a target in the Barents Sea, claimed the Russian defence ministry.

An official statement said that the Mach 9 missile was “unstoppable” with the ability to be launched from a submarine giving it an extra threat.

The missiles are intercontinental and able to be launched at sea
(

With the world seeing another arms race, China and North Korea are developing hypersonic missiles and the US has said that it has a weapon capable of going more than five times the speed of sound.

Last month said that it had successfully tested an air-breathing hypersonic weapon.

Countries in the arms race are pumping money into hypersonic weapons because of their ability to rob adversaries of reaction time and traditional ways of blocking them.

In July, Russia said it had successfully tested a Zircon hypersonic cruise missile, a weapon Putin has touted as part of a new generation of missile systems without equal in the world.

Previous : UFOs ‘drawn to Yorkshire’ with more than 200 reported over last two decades
Next : Tiger Woods ‘in line for £5.8m PGA Tour windfall’ despite 2021 absence after car crash