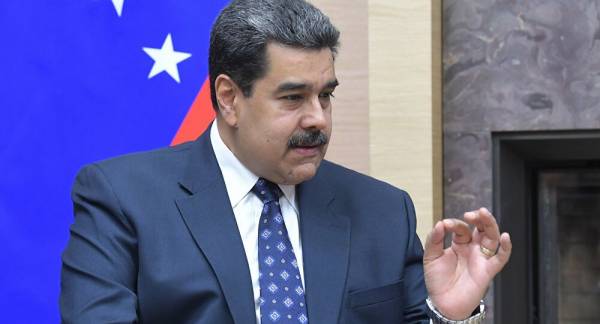 The ringleader of the failed coup, retired Venezuelan General Cliver Alcala, is currently behind bars in the US on narcotics charges.

The AP news agency has quoted several unnamed sources as saying that a group of about 300 “heavily armed volunteers” unsuccessfully tried to topple Venezuelan President Nicolas Maduro in a “private coup” that was allegedly funded by US billionaires.

The sources referred to former Green Beret Jordan Goudreau’s alleged involvement in the operation which was reportedly led by Cliver Alcala, ringleader of the Venezuelan military deserters. He is now in prison in the US over drug-related charges.

As for Goudreau, he retired in 2016 and is currently at the helm of Silvercorp USA, a private security firm located near his home on Florida’s Space Coast, according to AP. Goudreau declined to comment on the matter, citing “the nature of our work”.

Still, AP reported, US and Colombian authorities “are asking questions” about Goudreau’s role in the failed coup that followed developments in late April 2019, when “a cadre of [Venezuelan] soldiers swore loyalty to the South American country’s self-proclaimed president Juan Guaido.

According to the sources, the “private coup” stipulated 300 volunteers entering Venezuela “from the northern tip of South America”, raiding the country’s military bases and igniting a public revolt that was due to result in Maduro’s arrest.

In this context, the news outlet quoted former Navy SEAL Ephraim Mattos as saying that “there was no chance they [the volunteers] were going to succeed without direct US military intervention”. He added that “you’re not going to take out Maduro with 300 hungry, untrained men”.

Diosdado Cabello, member of the National Assembly of Venezuela, for his part, claimed that the government had been keeping an eye on the plot for months.

Venezuela has been embroiled in a political crisis ever since opposition leader Juan Guaido proclaimed himself interim president and called for ousting democratically elected President Nicolas Maduro in 2019. At the time, Guaido’s claims were supported by most Western states, including the US, but Russia, China, Turkey, and a number of other states condemned the move and supported Maduro as Venezuela’s only legitimate president.

On 30 April 2019, Guaido called on the Venezuelan military to join him in ousting the elected president, but few answered the call and his coup attempt ultimately failed. Many of Guaido’s followers were either arrested or sought asylum in consulates and other countries.

The US has been pressuring Maduro and his government to resign for several years, pressuring Venezuela with economic sanctions and trying to curtail its oil export.