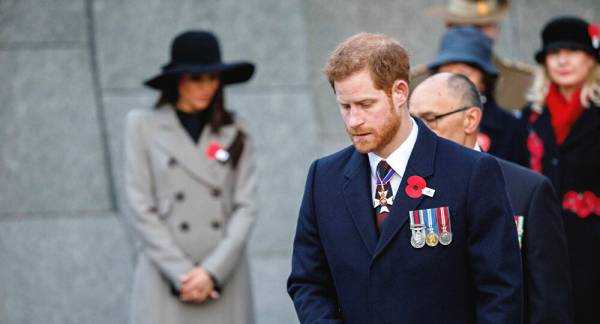 The Sussexes started a new chapter in their lives, having dumped their senior royal roles in March, however it seems their bold and abrupt move has had certain psychological side effects.

Prince Harry is feeling “tormented by his fractured family ties” while Meghan Markle is “struggling to cope” since they moved from the UK to Los Angeles to lead an independent, both financially and personally, life there, an insider told The Sunday Mirror.

According to the source, the couple are experiencing overwhelming tension over their new life:

“[Meghan] has gone very quiet. I think she is likely to be feeling extremely low and probably struggling”, they said, adding Harry felt “particularly down” on William’s birthday on 21 June.

The comments come as the Duchess reportedly went through a heartbreaking loss of trust incident which led her to cut ties with her best friend and former stylist Jessica Mulroney, after she became embroiled in a race row last month. The sources claim it turned out to be “really hard” on the former royal, as the ex-Canadian prime minister’s daughter-in-law threatened the livelihood of blogger Sasha Exeter after the pair had a private spat about racism. The Suits star is reportedly no longer speaking to some of her one-time close friends, feeling lost and betrayed.

Meanwhile, the couple have officially shut down their Sussex Royal charity, with yesterday’s reports suggesting that they had filed the official paperwork with Companies House to dissolve the royal foundation, which the Queen said should not include the word “royal” in its name.

The Sussexes, who announced their intention to ditch the royal life in January and stepped down from their roles as senior royals in March, are now said to be shifting their focus to the prince’s independent eco-tourism scheme “Travalyst”, meant to help the hard-hit tourism industry get back on its feet in the wake of the pandemic.

Earlier media reports suggested the couple, who moved to Markle’s home city, Los Angeles, after a short stint in Canada, were striving to do something “meaningful” when they fully settled down in their new place, and in particular, run a big charity empire, well-being and lifestyle project called Archewell, named after their 1-year-old son Archie Harrison.