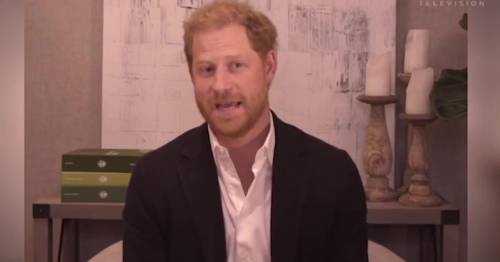 Prince Harry will announce a new campaign inspired by Māori values being launched out of New Zealand.

Details of the new project will be revealed in an exclusive interview with Moana Maniapoto on Māori Television's current affairs programme Te Ao with Moana .

The campaign is part of his new eco-travel non-profit organisation, Travalyst, working to identify and bring about systemic changes needed for sustainable travel.

It will work with six top travel brands, such as Google and Skyscanner, to collect and display flight emissions data, so when consumers want to book a flight with lower emissions, they will be able to find the information they need easily.

In a preview of the interview Prince Harry said he will be talking about a “new kaupapa” – the Māori word for work which is considered principled and for public good.

The campaign was inspired by kaitiakitanga – guardianship and protection – and manaakitanga – to extend love and compassion – which were both concepts Harry learned about during trips to New Zealand over the years.

“I’ve been to Aotearoa a number of times throughout my life and I’ve always felt a deep connection and respect toward the Māori people who make me feel so welcome every time,” the prince said on Te Ao with Moana .

“The Māori culture inherently understands sustainable practices and taking better care of our life-giving land, which are critical lessons we can all learn and that is why I’m here with you on Te Ao [with] Moana to share a new kaupapa.”

Producer Hikurangi Jackson is reportedly in discussion with Prince Harry’s team for an interview on Te Ao with Moana in the near future to discuss the relationship between Māori and the Crown.

The prince is known to love New Zealand, with rumours that he and Meghan were seriously considering emigrating there when they quit as frontline royals.

New Zealand’s governor-general Dame Patsy Reddy announced the couple were open to the idea more than a year before they stepped back from royal duties.

Harry and Meghan visited New Zealand at the end of a two-week royal tour of the South Pacific, six months after they married.

Dame Patsy said the pair sounded her out about the logistics, before they eventually settled on a move to America.

The Duke and Duchess of Sussex in Rotorua, New Zealand, back in 2018
(

"When we sat down and had a drink, and they said that they could imagine living in a place like this and wondered whether we thought it would be theoretically possible," she told the Associated Press.

“And obviously they've made some decisions since.”

The prince’s new project has been inspired by Māori values around Kaitiakitanga , Ms Maniapoto; a word that translates to “guardianship and protection”.

“It's interesting to hear someone who's a royal speak about Māori values, given our history but also given the current debates about having Māori values at the forefront of decision making and relationships,” she said.

“We are open to talking to anyone… anything that particularly resonates with our values as Māori – whether we agree or not. We talk about the Crown every week. I'm hoping that we will have an interview further down the track to tease out that relationship between Māori and the Crown.”

Prince Harry’s popularity in New Zealand exploded after he visited in 2015.

He impressed the nation by learning the Haka in 20 minutes and reciting a speech in Māori.

In 2018, he returned to New Zealand with Meghan Markle.

Harry and Meghan were invited to hongi – or rub noses – with the Kuia and Kaumatua.

A powhiri followed, including a haka from members of the New Zealand Defence Force, and a 21-gun salute rang out at Government House.